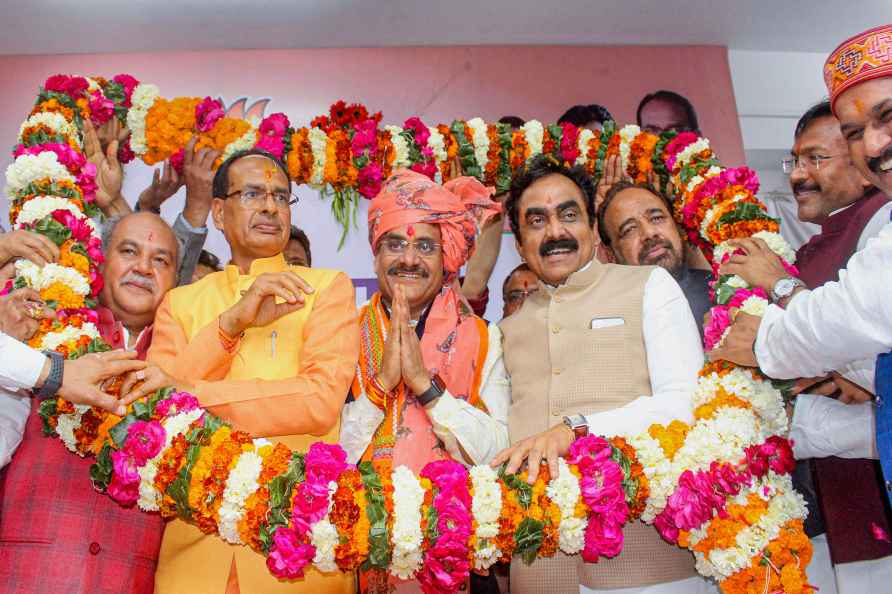 New Delhi, June 14 : BJP OBC morcha has announced to conduct a three-day nationwide training programme for its members in Bengaluru from June 16. BJP chief J.P. Naddda, Karnataka Chief Minister B.S. Bommai and union minister Bhupender Yadav will address party cadre during the event. The training camp will be attended by national office-bearers of the morcha, state president, state in-charge and head of training of programme of state units. BJP OBC Morcha national president K. Laxman told IANS that the cadres across the country will be trained in a phased manner by August. "First national office-bearers and others will be trained during the three days national training programme of OBC Morcha. Later, a state-level training programme will be held followed by district and mandal level. By August, the whole cadre of OBC morcha will be trained," Laxman said. The cadre will be given training on a dozen topics which include making them aware about party history and ideology. "We have planned to train all our workers through a training programme. During the training session our cadre will be explained on about 10 to 12 topics which include working or party, our ideology, history of BJP, social justice, samajik samrasta, community specific welfare work of Narendra Modi government and other topics," Laxman said. After the event, the state presidents along with the head of training programmes of state units will draw plans to conduct training sessions further at state level and district levels. A similar training programme for all the morchas (wings) and main organisation will also be held to prepare the organisation for upcoming Assembly polls and 2024 general elections. Trained workers help in growth of the party in new areas and sections of society, a senior BJP leader said. Women and youth wing had already organised its national training programme and SC wing will by organising it later this month in Gurugram. he added. /IANS

New Delhi: Students use an auto-rickshaw to commute back home as private cab drivers ferrying school children are on a strike for a day demanding the status of commercial vehicles for their cabs, outs […]