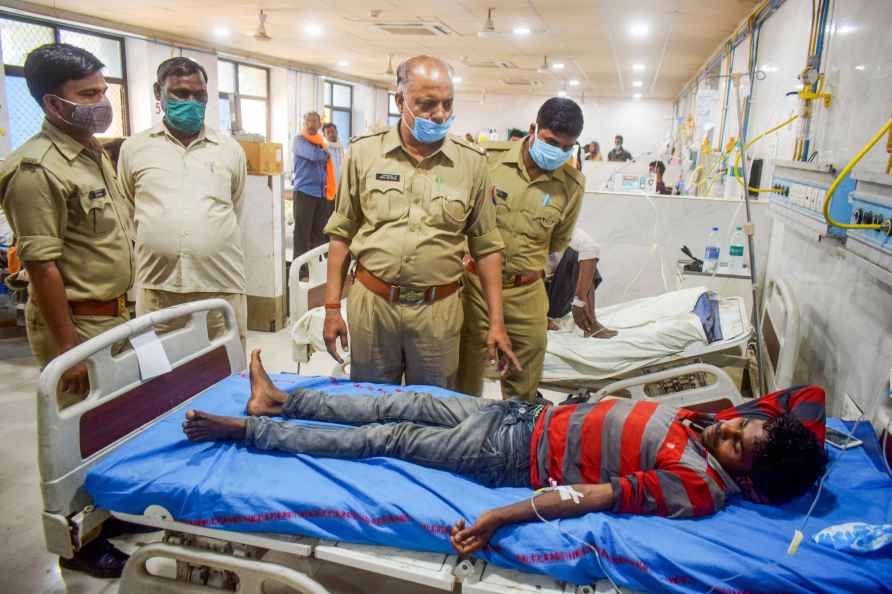 Patna, June 13 : Some 120 persons fell ill in Bihar's Vaishali district after they consumed prasad at a Satya Narayanan puja. The health of the ailing deteriorated on Sunday afternoon when majority of them complained of stomach ache, vomiting, and diarrhoea. The incident occurred at ward number 10 of Mahathi Dharamchand Panchayat in Patepur block on Saturday evening. Dr. Amitabh Kumar Sinha, the civil surgeon of Vaishali, said: "As soon as we learnt of the incident, we sent a medical team to ward number 10. They are victims of food poisoning. We have distributed ORS packets and other necessary medicines to them. Five of the victims were having serious health conditions and they were hospitalised in primary health centre in Patepur. "During preliminary investigation, it appeared that the chemical used in ripening raw bananas was excessive. Moreover, the bananas were boiled as well. This had led to the adulteration of prasad, which the invitees ate and fell ill." /IANS

Iran to raise pensions by 38%

Tehran, Aug 19 : Iran is planning to increase pensions by 38% to help offset rising prices and high inflation. The change is due to take effect at the end of August, according to the social secu […]