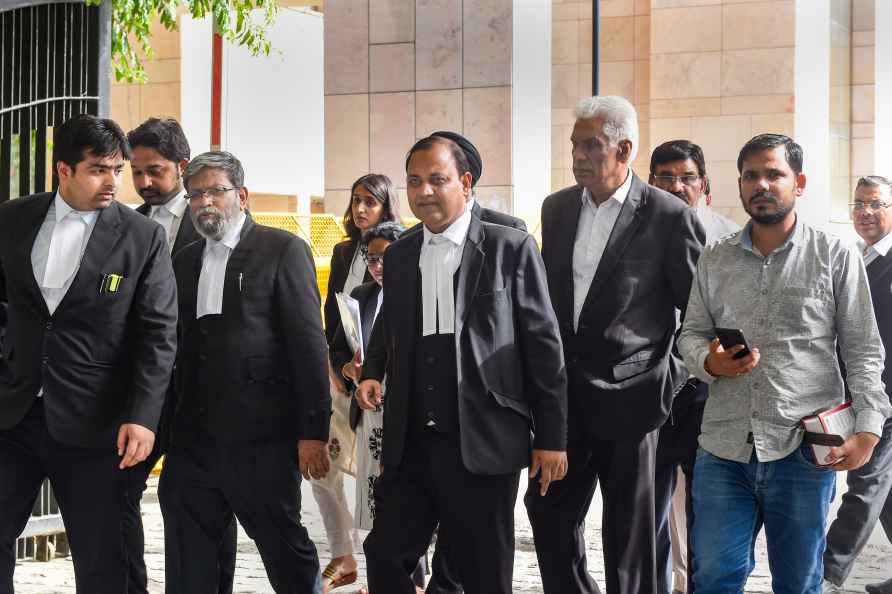 New Delhi, June 13 : Delhi Health Minister Satyendar Jain's custody to the Enforcement Directorate (ED) was extended by two weeks on Monday. The city's Rouse Avenue Court extended his judicial custody in the Prevention of Money Laundering Act, 2002, in which he was being interrogated. On May 31, a day after the arrest of Jain in the money laundering case, a Special CBI Court Judge Geetanjali Goel sent him to the agency's custody till June 9 which further extended to five days that was scheduled to end on Monday. He was rushed to a nearby hospital after he complained of uneasiness while leaving the Rouse Avenue Court, just after the last court hearing. The Minister was being taken to the ED headquarters when he felt uneasy outside the court and was taken to the hospital. The CBI has accused Jain, his wife, and others accused of commission of offences under the Prevention of Corruption Act. On March 31, the ED had provisionally attached immovable properties worth Rs 4.81 crore belonging to companies beneficially owned and controlled by Jain. Jain was placed under arrest on May 30 by the ED under section 19 of the PMLA. Further investigation into the matter is on. The ED on June 6 also recently conducted raids at multiple locations belonging to Jain, his wife, and accomplices who had either directly or indirectly assisted him or participated in the processes of money laundering. A recovery of cash worth Rs 2.85 crore and 133 gold coins weighing 1.80 kg was made. /IANS

Is Kerala CPI losing its sheen?
By Sanu George Thiruvananthapuram, Aug 9 : The Kerala CPI's decision to elect a new leadership has triggered speculation about the party losing its

Taipei, Aug 9 : China is using its large-scale military exercises around Taiwan to prepare for an invasion of the self-governed island, Taipeis Foreign Minister Joseph Wu claimed on Tuesday "Chi […]

Auckland, Aug 9 : New Zealand batter Devon Conway is enthused by the performance of some international rookies like Finn Allen, Mark Chapman and Michael Bracewell during the Black Caps' recent wins on […]

Surat: Muslim devotees carry 'Tazia' during a procession on the tenth day of Muharram, which marks the day of Ashura, in Surat, Tuesday, August 9, 2022. ( /PTI […]

**EDS: TO GO WITH STORY** Belagavi: Hindus take part in a procession on the tenth day of the mourning period of Muharram, which marks the day of Ashura, in Belagavi, Tuesday, Aug. 9, 2022. ( /PTI […]