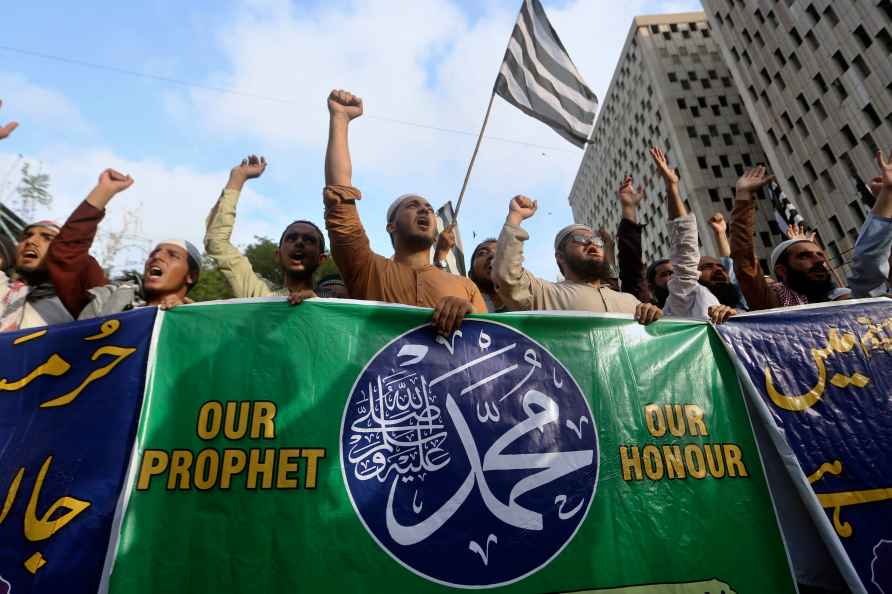 Bareilly, June 13 : The hate campaign shows no signs of receding as two persons, including a woman, have been booked for allegedly passing derogatory remarks against Prophet Muhammad in Uttar Pradesh's Bareilly. Another person, belonging to the minority community, was also booked for his alleged remarks against a BJP leader on social media. As a precautionary measure, extra police personnel have been deployed near every place of worship and local leaders have been advised to spread a message of peace to maintain communal harmony. One of the accused booked by police at Prem Nagar police station is Kuldeep Kumar, who is a history sheeter and has been arrested on multiple occasions by the police. He had shared an objectionable post on social media. The second FIR was for sharing a similar kind of socikal media post against Prophet Muhammad under section 295A (deliberate or malicious act intended to outrage religious feelings of any class) while the third FIR was registered against Rehan Khan, who had shared an inflammatory content against Nupur Sharma. Bareilly Senior Superintendent of Police, Rohit Singh Sajwan, said, "We have booked three persons and will take action against everyone who is sharing this objectionable content, regardless of religion or caste." /IANS