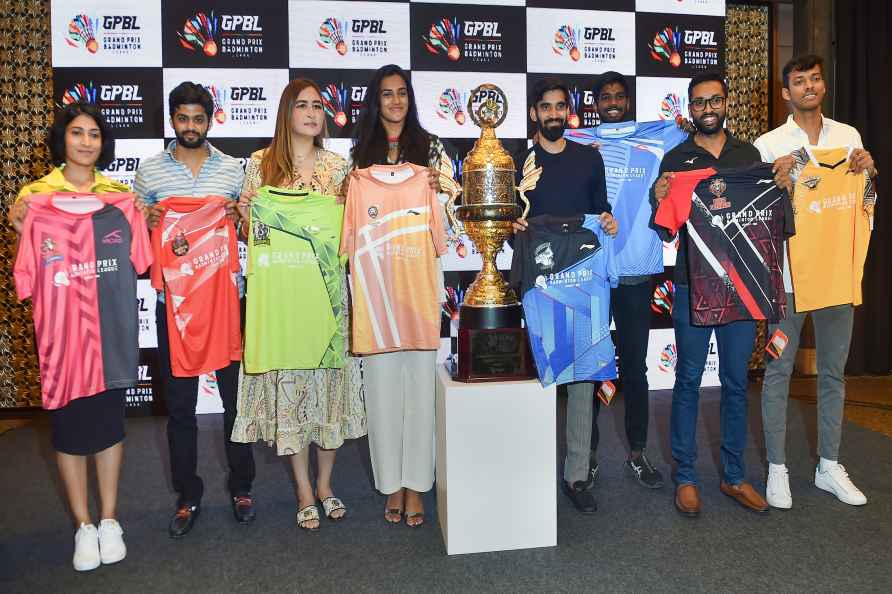 Bengaluru, June 11 : As many as 200 players from Karnataka will go under the hammer as teams mentored by the likes of PV Sindhu, K Srikanth and B Sai Praneeth pick their squads through the auction for the inaugural edition of the Grand Prix Badminton League (GPBL) here on Sunday. Supported by the Karnataka State Badminton Association, the league has eight franchises -- Bengaluru Lions, Mangalore Sharks, Mandya Bulls, Mysore Panthers, Malnad Falcons, Bandipur Tuskers, KGF Wolves and Kodagu Tigers -- who will be looking to build their teams by choosing their picks. Each team will comprise of a maximum of eight players and should include one icon player, a minimum of two Tier-1 and Tier-2 players respectively and also a minimum of two female players including the icon category. "We have a very talented pool of players. The field will comprise players only from Karnataka for the first season. After evaluating all the entries with the GPBL panel of coaches, and governing council, we have categorized players into Icon, Tier-1 and Tier-2 categories. Coaches have taken several factors, including but not limited to ranking, performance in tournaments, skill, active training, and Injuries into consideration while grouping players," said Prashanth Reddy, CEO Bitsport and GPBL Commissioner. Each team has a star mentor including Kidambi Srikanth, Sai Praneeth, Ashwini Ponappa, Chirag Shetty, Satwiksairaj Rankireddy, HS Prannoy, PV Sindhu and Jwala Gutta. Double Olympic medallist Sindhu who is the mentor of Bengaluru Lions said from Kuala Lumpur that she was keen to see how the franchises choose their teams. "This is the first season and I believe there are a lot of talented players and every team will look to pick a balanced side," said the lanky shuttler. "To be honest, I do not have any expectations but I will surely guide and mentor my team as much as possible and if we win, it would be a great start to GPBL." Accomplished shuttlers -- Mithun Manjunath, Raghu Mariswamy, Daniel Farid, Saneeth Dayanand, Prakash Raj, Sai Pratheek, Janani Ananthkumar and Tanya Hiremath -- have been accorded the status of Icon players. While the player purse per team will be a maximum of Rs 12 lakh, the base fee for Icon players is Rs 2.5 lakh and the salary cap is Rs 3.5 lakh. The minimum salary for Tier-1 players is fixed at Rs 75,000 while capping it at Rs 2 lakh while Tier-3 players will earn a minimum salary of Rs 25,000 and a maximum of Rs 50,000. A total prize money of Rs 60 lakh is at stake with Rs 24 lakh for the winners while the runners-up will pocket Rs 12 lakh. The semifinalists will get a cheque of Rs 6 lakh apiece while the 5th placed team will receive Rs 4 lakh. The last-three placed teams will earn Rs 3 lakh, Rs 2 lakh and Rs 1 lakh respectively. Apart from the team honours, various individual performances in every game and the overall season will be awarded for which a sum of Rs 4 lakh is set aside. /IANS

GPBL: KGF Wolves clinch thriller, Bengaluru Lions edge out Mysore Panthers
Bengaluru, Aug 13 : With both the teams, tied at 3-3 at the end of the fourth match, KGF Wolves, boosted by the presence of mentor HS Prannoy, won the

By Chetan Sharma New Delhi, Aug 14 : Indian boxers had a fine campaign at the CWG 2022 as they finished second in the boxing medal tally with three gold, one silver and three bronze. However, if on […]

Meta partners with DoorDash to deliver Marketplace items in US

San Francisco, Aug 14 : Meta has partnered with online delivery platform DoorDash to deliver Marketplace items located up to 15 miles (nearly 25 km) away in the US. DoorDash will only deliver it […]