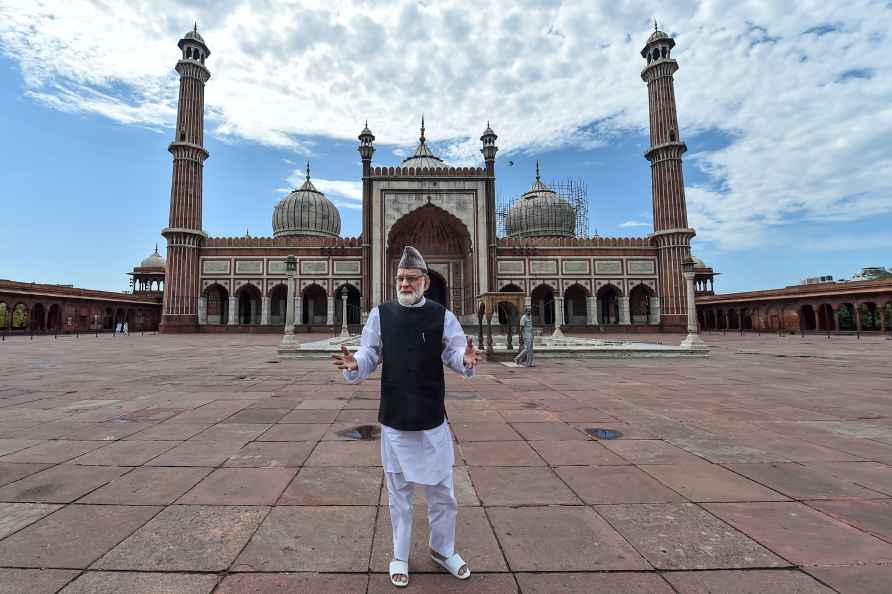 New Delhi, June 10 (IANS) The situation is now under control and adequate security arrangements are in place, the Delhi Police said on Friday after a massive protest broke out at the Jama Masjid in the national capital against expelled BJP leaders. "People had gathered in large numbers for just 15-20 minutes, after which the crowd dispersed. The situation is now under control," a senior Delhi Police official said. The people of the minority community, soon after the Friday prayers, had gathered on the stairs just outside the Jama Masjid, here, holding placards against the former BJP spokespersons Nupur Sharma and Naveen Kumar Jindal. The agitators were demanding immediate arrest of the suspended BJP leaders. "As the protest was done without any prior permission from the Delhi Police, a legal action will be initiated," the official said. Jama Masjid's Shahi Imam Ahmed Bukhari said no call was given for the protest. "I don't know who the protesters are," he said. Pertinent to mention here that an FIR was also lodged against Nupur Sharma and several others for their alleged hate remarks during a debate on a TV news channel. "We have lodged the FIR against those who were spreading messages of hate, inciting various groups and creating situations which are detrimental to the maintenance of public tranquility. "One case has been registered against Nupur Sharma and another one has been registered against multiple social media entities based on the analysis. Notices will be sent to the social media intermediaries for the details," Delhi Police PRO Suman Nalwa had said on Thursday. --IANS