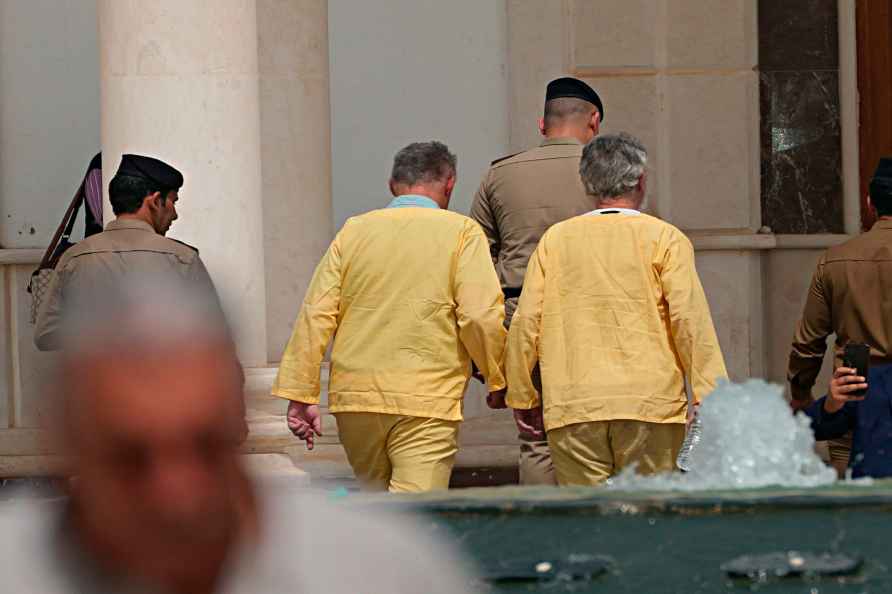 Baghdad: Jim Fitton, center right and Volker Waldman, center left, are handcuffed outside a courtroom in Baghdad, Iraq, Monday, June 6, 2022. The Iraqi court sentenced Fitton, a British citizen, to 15 years in prison on charges of smuggling artifacts out of the country. A German national tried with Fitton was found not to have had criminal intent in the case and will be released. /AP-PTI