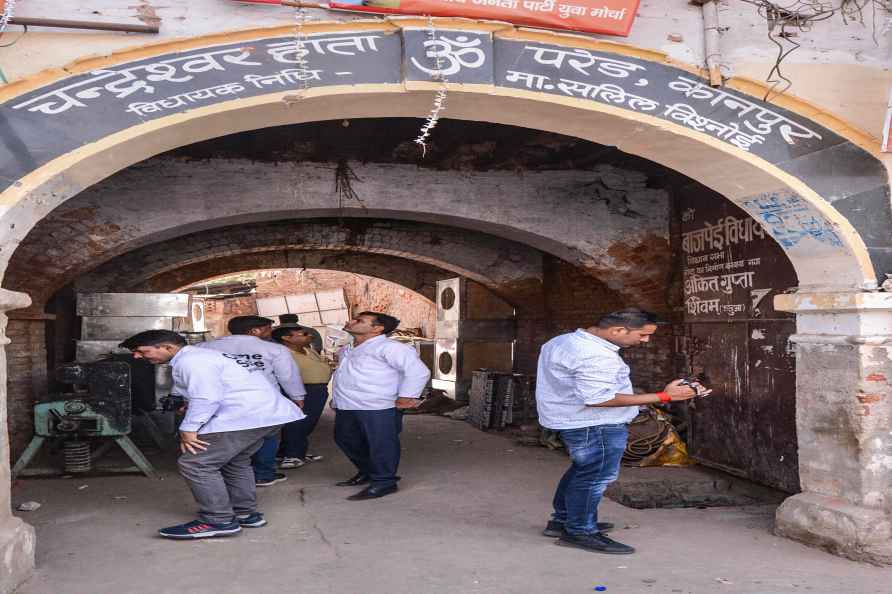 [Kanpur: Special Investigation Team (SIT) investigate the recent violence that erupted between two communites, following remarks by suspended BJP leader Nupur Sharma, in Kanpur, Monday, June 6, 2022. ( /PTI] Kanpur, June 6 : Police have accessed the WhatsApp chats of Zafar Hayat Hashmi, a key conspirator in the Kanpur violence. The police found 114 WhatsApp groups on Hashmi's phone in which messages regarding the closure of shops in Kanpur on June 3 were discussed. The messages were sent to six other mobile phone that are now being tracked. Violence erupted in Kanpur on June 3 after one group tried to force shopkeepers to shut down shops in the city's Parade Chowk area to protest the remarks made by former BJP spokesperson Nupur Sharma against Prophet Muhammad The police came across a WhatsApp group named 'MM Johar Fans association Kanpur team', on which the pictures of shops being shut before the violence were shared. Hashmi, the national president of the Maulana Muhammad Jauhar Ali Fans Association, is among the 40 accused named in the FIR after the violence erupted. Police said Hashmi had called for the market shutdown. It is alleged that Hashmi incited the people, which led to stone pelting and clashes between two groups that left more than 30, including several police personnel, injured. He has been detained and taken in for questioning. Besides him, 38 others have also been arrested. The police have also retrieved CCTV footage from a petrol pump located in the area where violence broke out. A bottle that appears to be full of petrol can be seen being handed over to a man. The CCTV videos concerned are from June 2 and 3 before the violence broke out. Several petrol bombs were hurled during the violence. The administration has now suspended the license of the petrol pump which allegedly provided petrol in bottles before the violence. Selling petrol in bottles is strictly prohibited. The Kanpur Police Commissioner has formed a special investigation team to probe this angle. As per sources, the police will try to identify those seen taking the petrol bottles in the CCTV footage and question them. /IANS

New Delhi, Aug 6 : Delhi on Saturday reported marginal decline in new Covid cases in last 24 hours, at 2,311 against 2,419 on the previous day, while there was one more death, as per the health bullet […]

Shanghai, Aug 6 : Like Sri Lanka, Kyrgyzstan also has a swelling state debt and took on billions worth of loans over the last decade from China's Export-Import Bank for a series of infrastructure plan […]