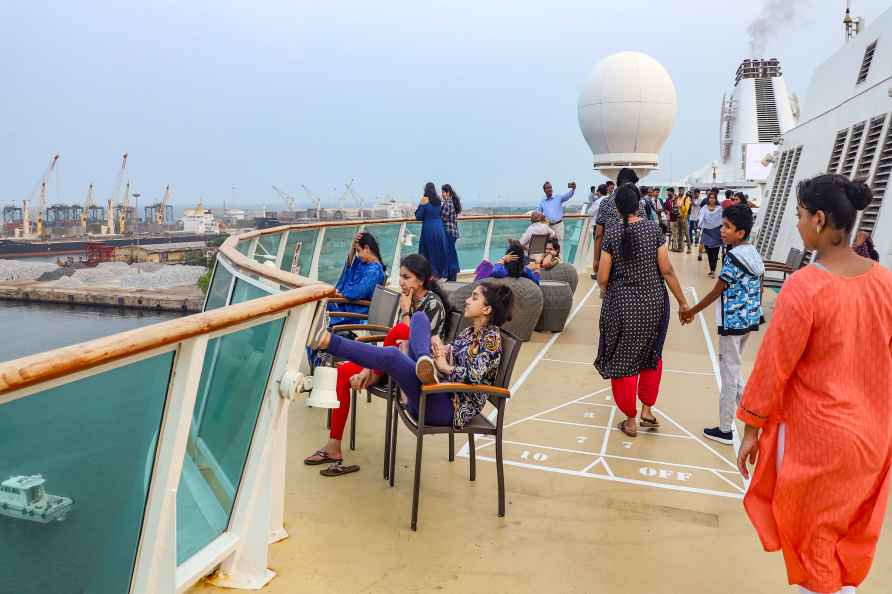 [Chennai: People on board of a newly inaugurated luxury cruise ship service from Chennai Port, Saturday, June 4, 2022. The State government had partnered with Cordelia cruises to offer the luxury cruise service. The cruise ship will start from Chennai and sail in high seas. ( /PTI] Chennai, June 4 : Tamil Nadu Tourism Minister M. Mathiventhan on Saturday said that several cruise operators are showing interest in operating cruise tourism from Chennai. He also said the restaurants operating in the Tamil Nadu Tourism Development Corporation owned hotels will soon be rebranded. Speaking at the inaugural journey of Cordelia cruise, Mathiventhan said that it is more than three decades dream that has now come true with the operation of cruise from the Chennai Port. He said the tourism and its allied sectors were affected seriously due to Covid-19 for the past two years. With the state government vaccinating large number of the population, hopes for revival of tourism in the state got a boost. The DMK government had announced that it would bring cruise tourism and discussions were held with cruise companies and now Cordelia has started operations from Chennai Port. Mathiventhan said the state government will rebrand the multi-cuisine restaurants operating in over 50 hotels owned by the Tamil Nadu Tourism Development Corporation. Tamil Nadu, known for spiritual tourism, will soon become the hub for cruise tourism in the East Coast, said B. Chandra Mohan, Principal Secretary, Tourism Department. For next four months the cruise ship Empress will operate from Chennai Port. "We will welcome about 58,000 guests during that period," said Jurgen Bailom, President & CEO, Waterways Leisure Tourism Private Ltd, that operates the Cordelia Cruises. The company will operate cruise service to Puducherry, Visakhapatnam from Chennai Port and also Chennai to High Seas. Chief Minister M.K. Stalin toured the cruise ship Empress and flagged it off. /IANS