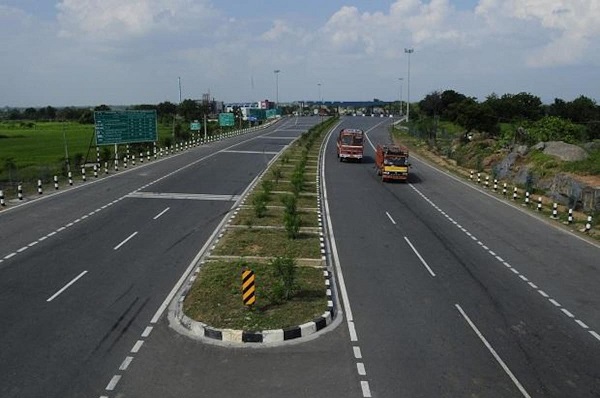 BY PRADEEP RANA | NEW DELHI In a significant development, DST-supported Technology Innovation Hub has developed and successfully tested India's first cybersecurity system based on open source components and integration. Named Security Operations Centre (SoC) a.k.a. C3iVajra, the system has been installed in 2021 at National Highways Authority of India (NHAI) headquarters in Dwarka, New Delhi, and has been successfully guarding the computers that monitor the highways across the country since then. This surveillance system alerts about the potential dangers, keeps track of the health of all the computers in its network, flags attempts to hack the system, malware trying to sneak into the network, and the malfunctioning programmes. C3iVazra provides supervisory monitoring by gathering the real-time event, and log feeds from the endpoints, packet data from the network and the internet, and processes these feeds to generate threat intelligence and ensure network security of the organization. Major benefits of this solution are increased efficiency in incident response, reduced impact of security breaches, better reporting and notification, log analysis, and retention. The SoC, the first one in the country based fully on open-source components and integration, was developed by the Cyberphysical systems Technology Innovation Hub (TIH) or C3iHub set up at IIT Kanpur -- an R&D centre on cybersecurity in the country. Over the past two years, the TIH, supported by the Department of Science and Technology (DST), under National Mission on Interdisciplinary Cyber Physical Systems (NM-ICPS) has focused on the security of critical infrastructure, security of mobile devices, blockchain-based or digital ledger-based solutions for integrity, and privacy of data. It has also supported startups in the cybersecurity domain, including some that take technology developed in C3iHub to the market. A self-sovereign identity (SSI) system based on blockchain technology has also been developed by C3iHub. Self-Sovereign Identity (SSI) is a technology that allows the users to have complete control over where and how the data personal to the user is used. SSI uses a combination of technologies to give this control to the user through blockchain, zero-knowledge proofs, and digital signatures. It is useful for securely storing a wide variety of personal information, including degrees, certificates, and identity proofs. An SSI-based system for awarding degrees was developed at C3iHub and is being deployed by an IIT incubated Startup CRUBN through the hub. The Prime Minister Narendra Modi has awarded degrees through this system to graduating students of IIT Kanpur. The system has also been used for awarding PM Bal Puraskar and degrees by IGNOU. C3iHub, through CRUBN, has also deployed blockchain-based land records in six districts of Karnataka, which will be extended to the other districts. The TIH is currently working with the Ministry of Communications to formulate recommendations on how to protect end-users from unwanted leakage of mobile phone data as well as develop tools for analysing the security of smartphones. It is also working with the Ministry of Home Affairs, Ministry of Power, RBI, and Government of UP to address their cybersecurity requirements. There are 25 Technology Innovation Hubs (TIH) set up across the country through the National Mission on Interdisciplinary Cyber-Physical Systems (NM-ICPS) which are boosting new and emerging technologies to power national initiatives in key areas. They are bringing out several technological solutions for people-centric problems. Several technologies and technology platforms established under the mission have helped push impact in multiple sectors. A total of 496 technological products, including 46 new technologies, have been developed through these TIHs. They include the first-of-its-kind Internet of Things (IoT) device that monitors ambient temperature during the transportation of vaccines, including Covid-19, medicines, blood samples, food and dairy products, meat products, and animal semen developed by researchers at the IIT Ropar Technology Innovation Hub - AWaDH and its startup ScratchNest. Besides, a team of scientists from IIT Bombay has developed tapestry method for screening COVID-19 under Remedial Action, Knowledge Skimming, and Holistic Analysis of COVID-19 (RAKSHAK), an effort supported by the Technology Innovation Hub (TIH) at IIT Jodhpur. / DW /

As protests over corruption grow in Bengal, more Trinamool leaders use threatening language
Kolkata, Aug 14 : As protests on the issue of corruption are on the rise in West Bengal and Chief Minister Mamata Banerjee being targeted in many case

By M.K. Ashoka Bengaluru, Aug 14 : The national parties in Karnataka, ruling BJP and opposition Congress are preparing for the upcoming Assembly elections on a war-footing basis. Both the parties a […]