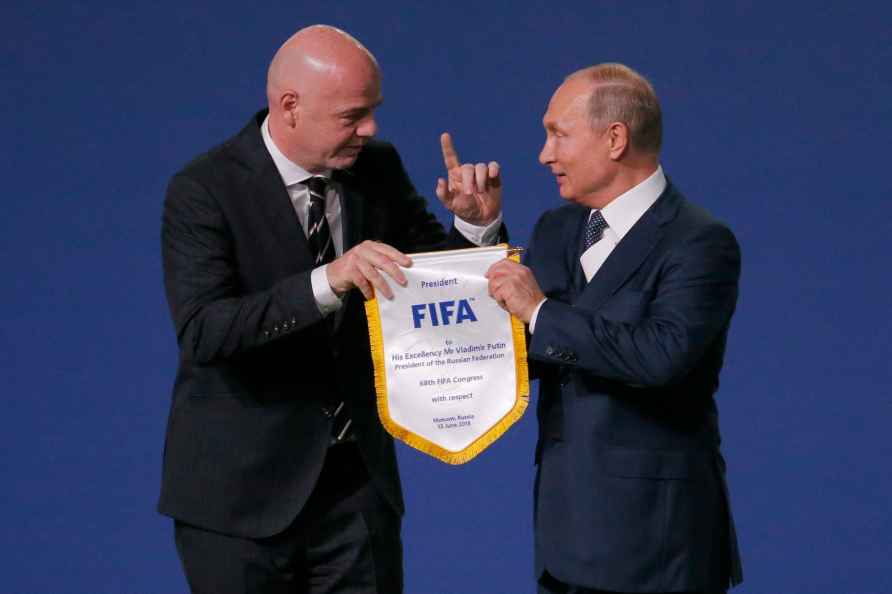 Moscow, June 1 : Russian energy giant Gazprom has said it would no longer supply gas to Denmark's largest energy company Orsted and will halt deliveries to Germany under the Shell Energy Europe contract. Orsted has notified Gazprom Export that it would no longer make payments for gas in rubles, and Shell Energy Europe Limited said it would not pay in rubles for gas supplies to Germany, Gazprom added on Tuesday on Telegram. It said the cuts will be effective from Wednesday, Xinhua news agency reported. Russian President Vladimir Putin signed a decree on March 31 on new rules regarding natural gas trade with "unfriendly" countries and regions. According to the decree, existing contracts would be halted if these buyers refused to pay in rubles. /IANS

Rain fury: 3 buildings cave in, K'taka CM to hold meeting with DCs of affected districts
Bengaluru, Aug 6 : Chief Minister Basavaraj Bommai is set to hold a video conference with Deputy Commissioners and other senior officials of the rain-

After liquor, Delhi govt, LG lock horns over dirty water supply to Montenegro consulate
New Delhi, Aug 6 : Amid the ongoing standoff over the contentious liquor policy, a new issue has cropped up between the Delhi government and the LG af

New Delhi, Aug 6 : Wheat prices have seen a significant rise to cross a record Rs 2,500 per quintal due to slower supplies and robust demand. According to traders in Delhi, the heat wave led to […]