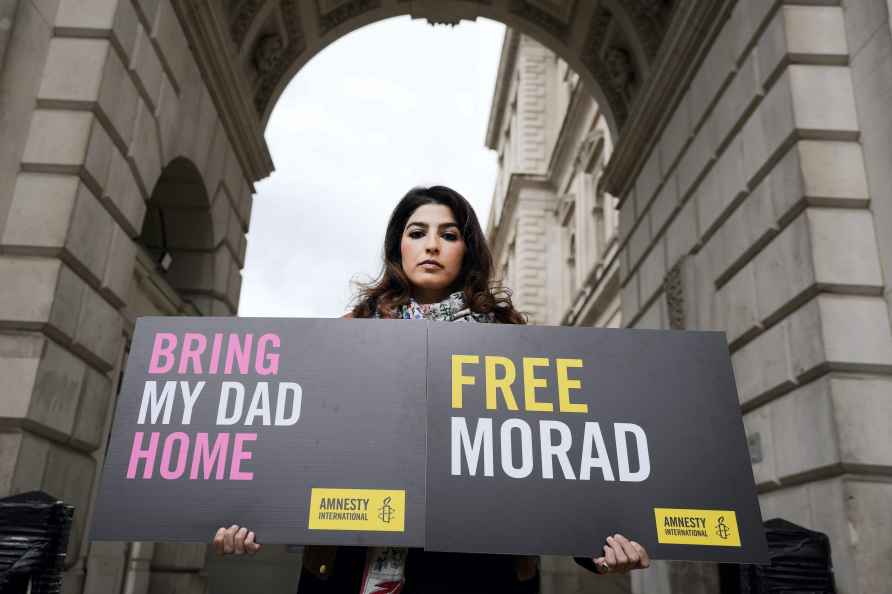 Lucknow, May 31 : It is rare that a Hindi journalist from the Hindi heartland makes his mark in the UK. Ram Dutt Tripathi, former senior journalist with BBC and based in Lucknow, has done just that. His work is being prominently displayed at a four-month long exhibition, currently underway at the SOAS, University of London titled, 'Crafting Subversion: DIY and Decolonial Print' at its Brunei Gallery. It is also exhibiting work during the Indian emergency days from 1975 to 1977. The exhibition started from April 28 and would continue till September 3. Exhibition curator Dr Pragya Dhital, whose interest in print history and experimental literature stems from her research on censorship in India during the colonial period and the internal Emergency imposed by then Prime Minister Indira Gandhi, explained the theme and title of the exhibition. "DIY is a common acronym that means 'do it yourself'. These journalists worked without the assistance of a commercial entity. They worked without commercial support and were not financially dependent on anyone else," said Dhital, a British Academy postdoctoral research fellow at London's Queen Mary University. "This exhibition also includes a section on how journalists and activists published underground/ cyclostyled news bulletins to connect with their colleagues and masses during the emergency and communicated among prisoners," Dhital said. Ram Dutt Tripathi, at 22, was the managing editor of a fortnightly Nagar Swarajya published from Allahabad which is now being digitised by the University of Goettingen's 'Long Emergency' project. He showed how simple duplication technology could be used to produce news, focusing on the 'Gestetner' stencil duplicator. This collection also contains legal documents from his arrest, trial, and imprisonment. Tripathi said, "I am glad that my work has been displayed in London, a city known for its democratic and free-expression values. Even today, many countries tend to use more indirect and sophisticated tools to restrict freedom of expression. It was unfortunate what happened to a journalist covering the Hapur incident. People should be aware of how they attempt to communicate during a difficult time, as I did in 1975. In India, we never know if we will have to deal with it in the near future." The exhibition includes items from the Asia Art Archive, the Bruce Castle Museum's Gestetner archives and pamphlets from the British library's collection of publications proscribed in colonial India. /IANS

Bear, cub tranquilised in Srinagar
Srinagar, Sep 12 : A team from Jammu and Kashmir's wildlife protection department on Monday tranquillised a mother bear and her cub in Srinagar city a

With start of 'Pitru Paksha', roads to salvation lead through Gaya's Pretshila
By Manoj Pathak Gaya (Bihar), Sep 11 : Gaya in Bihar is considered the top pilgrimage site for the salvation of ancestors. As per beliefs by perfor

No plans to set up any plant in Punjab: BMW

Chennai, Sep 14 : The BMW Group on Wednesday categorically refuted reports of setting up an auto component plant in Punjab. "BMW Group India has no plans for setting up additional manufacturing operat […]

Patna, Sep 14 : A day after unidentified criminals went on an indiscriminate shooting spree across Bihar's Begusarai district, killing one and injuring 10 others, police have detained five persons on […]