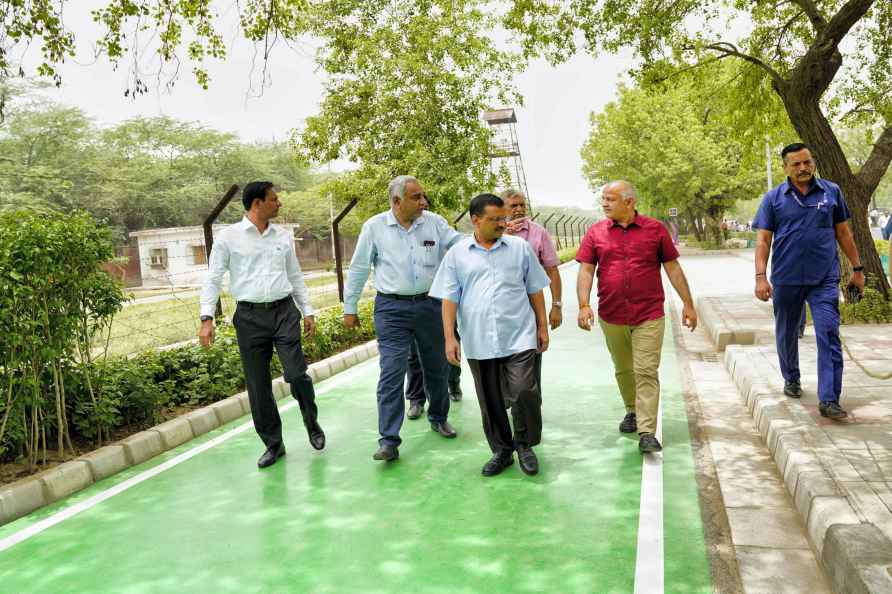 [**IMAGE POSTED BY @ArvindKejriwal ON TUESDAY, MAY 31, 2022** New Delhi: Delhi CM Arvind Kejriwal with Dy CM Manish Sisodia and officials inspects a newly designed road, in New Delhi, Tuesday, May 31, 2022. The Delhi government is designing more than 500 km long roads according to European standards. ( /PTI] New Delhi, May 31 : Delhi Chief Minister Arvind Kejriwal on Tuesday said the case against Satyendar Jain was "complete fraud" and he was targeted for political reasons. "I have personally studied this case and it is completely fraudulent. We have a very honest government. He has been targeted because of political reasons," said Kejriwal. He added further that the AAP government was an honest government and they have faith in the judiciary system. Kejriwal said, "We got the minister arrested ourselves in Punjab, we did the same in Delhi also 5 years ago. "Many actions of central agencies are politically motivated. I have studied the case of Satyendra Jain, he has been deliberately implicated but we believe that God is with us. If there was even 1 per cent fact in this case, we would have taken action ourselves," Kejriwal said to the media. Kejriwal along with Deputy Chief Minister Manish Sisodia inspected the road beautification work in Pitampura. "We are trying to beautify roads in Delhi. Our target is to beautify 500 km of roads under PWD, for which we are planning to start our pilot project for a shorter range. I expect the pilot project to be completed by September-October," he said while inspecting the work. /IANS