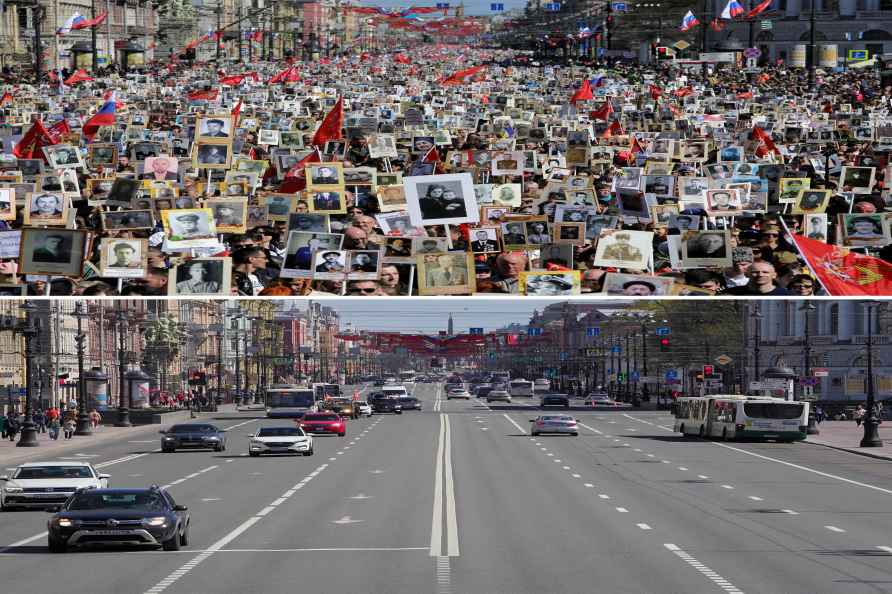 Amroha (Uttar Pradesh), May 31 : A pack of stray dogs mauled a nine-year-old boy allegedly to death and grievously injured his cousin in Uttar Pradesh's Amroha district. The boys, Shashikant and Krish, had accompanied their uncle to the fields when they were attacked by dogs on Monday evening. "I was working in the field around 50 metre away from the spot where the incident occurred. Suddenly, around ten dogs attacked and started dragging the kids. I quickly rushed to their rescue. After hearing their cries for help, some farmers working in the nearby fields also came and scared the dogs away," said Devesh Chauhan, the uncle of the two boys. By the time both the boys were rescued, they had already been severely injured. They were immediately rushed to Hasanpur community health centre where the doctors declared Shashikant brought dead. Krish has been referred to Lala Lajpat Rai Memorial Medical College, Meerut, for further treatment where his condition is said to be critical. Meanwhile, the incident triggered anger among locals as they had complained about the stray dog menace several times but no action was taken. Later, the family of the dead boy blocked the Atrasi road in Hasanpur, demanding compensation from the government. The local BJP MLA Mahendra Singh Khadagvanshi and Hasanpur SDM Sudhir Kumar reached the spot and gave an assurance to the family after which the blockade was lifted. /IANS

His name and story behind it earns respect for Swathanthran
Thiruvananthapuram, Aug 16 : What is it to be born on August 15, 1947, none knows it better than now 75-year-old Swathanthran. On Monday, he was baski

Chennai, Aug 16 : Veteran leader of the Communist Party of India (CPI), R. Nallakannu, who was chosen for the 'Thagaisal Thamizar' award by the Tamil Nadu government, returned the Rs 10 lakh cash priz […]

His name and story behind it earns respect for Swathanthran

Thiruvananthapuram, Aug 16 : What is it to be born on August 15, 1947, none knows it better than now 75-year-old Swathanthran. On Monday, he was basking in glory as it was his birthday that he and his […]