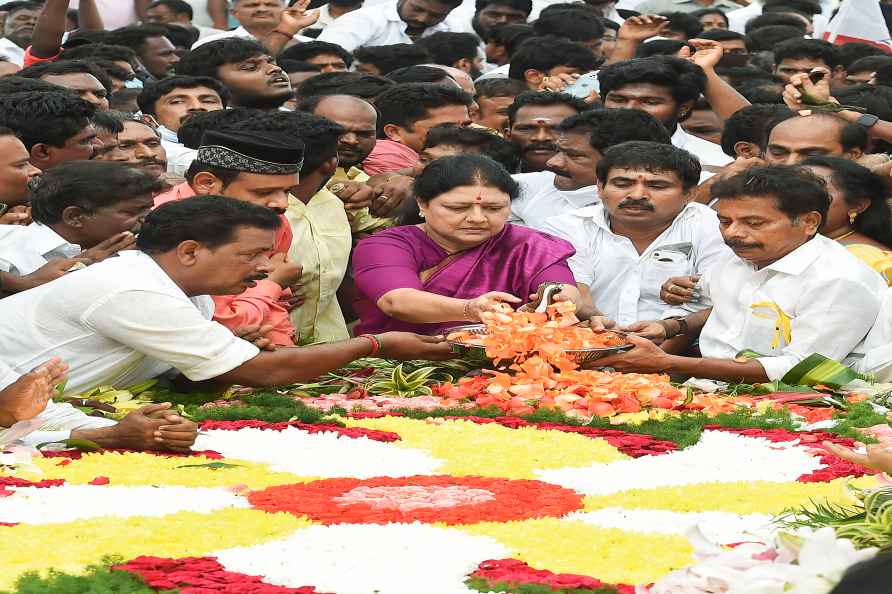 Chennai, May 30 : AIADMK leader and former Tamil Nadu Chief Minister O. Panneerselvam (OPS) on Monday criticised the state's DMK government over non-inclusion of the Badaga community in the Scheduled Tribe (ST) list. OPS, in a statement, said that state Forest Minister K. Ramachandran has ruled out the possibility of including the community in ST list which was unfortunate. He said that the DMK had given assurance during the 2021 election campaign that the community would be included in the ST list and added that former Chief Minister and AIADMK leader, late Jayalalithaa had demanded that the community be included in ST list. The AIADMK leader, in a letter to Prime Minister Narendra Modi, said that Badagas were classified as a tribe as per the 1931 census but after Independence, they were removed from the list for "unknown reasons". He requested the Prime Minister to issue necessary instructions to the ministry concerned to include the community in the ST list. /IANS

Jaipur, Aug 13 : Nearly one crore school children in Rajasthan created a world record by singing patriotic songs at the same time under the 'Azadi Ka Amrit Mahotsav' campaign to celebrate the occasion […]

New Delhi, Aug 13 : The National Investigation Agency (NIA) has said that they have arrested the tenth accused in connection with the killing of pharmacist Umesh Kolhe (54) in Amravati district of Mah […]

New Delhi, Aug 13 : The Income Tax (I-T) Department has said that it had carried out a search operation on the premises of a Jhansi-based business group, engaged in civil contract and real estate deve […]