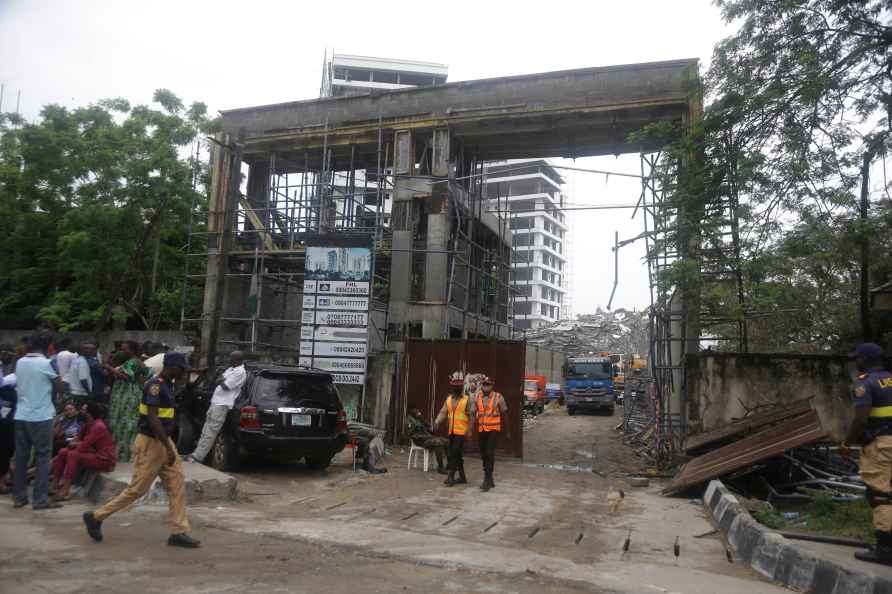 Tehran, May 30 : Twenty-nine people were killed and 38 others remain unaccounted for after a 10-storey commercial building collapsed in Iran's Abadan city, a top official said. While visiting the collapse site, Sadeq Khalilian, Governor of Khuzestan province where Abadan is located, confirmed the death toll to reporters and added that victims were yet to be identified, reports Xinhua news agency. He said search and rescue work was continuing to find the missing people, assuring that the operations will continue until every person is accounted for. Authorities fear that the remaining parts of the building and adjacent structures may also collapse. Iran announced a day of national mourning on Sunday to honour the victims. The Mizan news agency of the Iranian judiciary reported that 10 people were arrested for the incident, in which the building's owner and contractor were killed. The under-construction building, known as Metropol, was on a crowded street in downtown Abadan, surrounded by commercial and medical complexes and offices. Parts of the building collapsed suddenly, trapping dozens of people beneath the rubble. /IANS

One killed as tanker runs amok in Andhra
Amaravati, Aug 13 : A home guard was killed and another person injured when a tanker ran amok in Andhra Pradesh's Kakinada district on Saturday.

Cong cranks up its election machinery for crucial tests ahead

By Saiyed Moziz Imam Zaidi New Delhi, Aug 13 : The Congress is gearing up for Assembly polls this year in Gujarat and Himachal Pradesh. Till the 2024 general elections, there are elections in Karna […]