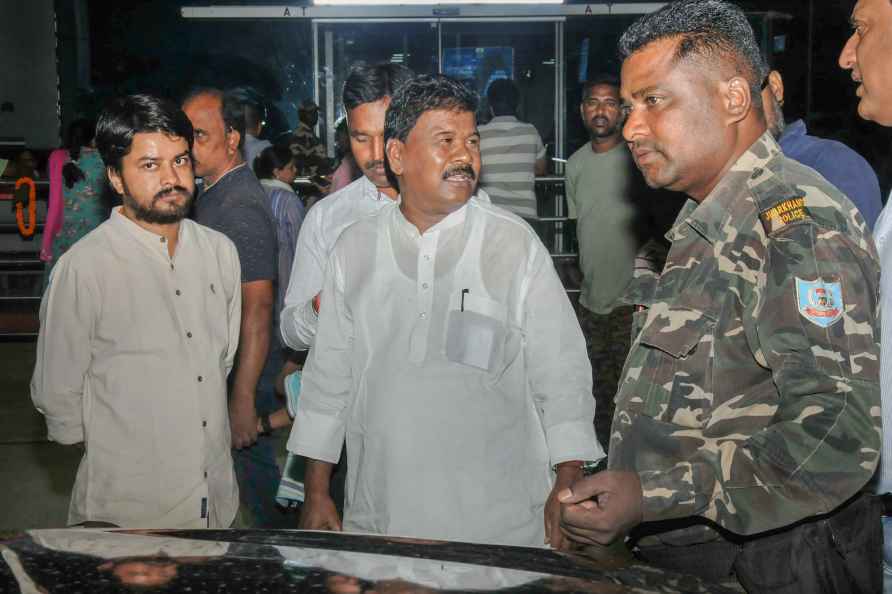 [Ranchi: Former Jharkhand Sports Minister and Congress leader Bandhu Tirkey arrives at Birsa Munda International Airport, in Ranchi, Thursday, May 26, 2022. Central Bureau of Investigation (CBI) officials conduct an investigation as part of the 2011 National Games scam. ( /PTI] New Delhi, May 26 : The Central Bureau of Investigation (CBI) on Thursday began raids at 16 locations across the counrty in connection with 34th National Games Scam which were held in Jharkhand in 2011. A CBI source said that the agency is conducting raids in Jharkhand, Delhi, Patna, Ranchi, and Dhanbad. "We are searching the house of R.K. Anand who used to be the Chairman of the Organising Committee of the National Games," the source said. In the event held in 2011, several irregularities were reported and complaints were made in this regard. Jharkhand Police had lodged an FIR in the matter. Later, the Jharkhand High Court ordered a CBI probe, which took over the case from Jharkhand Police and lodged a fresh case in 2022. The investigating agency formed a team of its officials to probe the matter. The team is now conducting raids across the nation. "We are also conducting search operation at the house of Bandhu Tirkey, the then Sports Minister," the source said. Further probe in the matter is on. /IANS