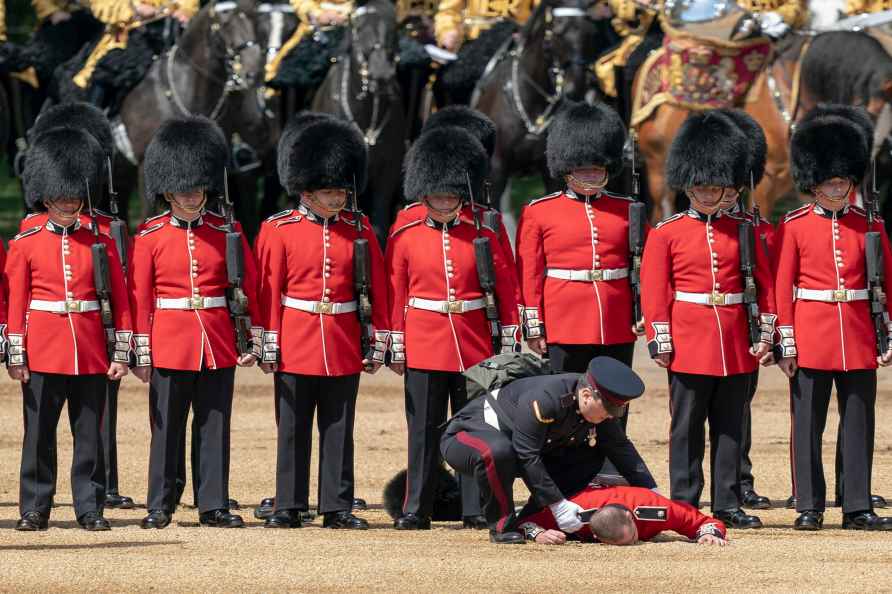 Kolkata, May 25 : Gujarat Titans batter David Miller has revealed that he was "nervous" when he came out to bat in Qualifier 1 against Rajasthan Royals at the Eden Gardens here on Tuesday night. But, after being told by skipper Hardik Pandya to "just play good cricket shots" and not think about anything else calmed him down, which helped the South African go hard at the bowlers and end up playing a match-winning innings. Chasing an imposing 188 set by Rajasthan Royals, limited-overs specialist Miller devastated the rival bowling, smashing three fours and five sixes in his unbeaten 68 as the IPL newcomers won by seven wickets. "I was a little bit nervous to be honest, but Hardik kept saying like 'you know, let's just play good cricket shots, keep hitting in the gaps'," said the South African, who enjoyed a fruitful unbeaten partnership with his skipper. "It was a quick outfield so hitting between the gaps was probably the best call; and just hitting good cricket shots." Miller also hinted that running hard between the wickets kept his mind away from other thoughts. "Hardik wasn't running too fast. For me, I enjoy running between the wickets pretty hard... It (partnership) ended up working out really well." The 32-year-old added, the fact that he had made it to the IPL final for only the second time in his 12 years in the league, made the Qualifier 1 victory feel unreal. "It was actually unbelievable. I've been in IPL for 12 year and this is the second time I've qualified and second time I'm also in the final. So, it doesn't come around too many times, to be honest. It feels special to be in the IPL 2022 final, and obviously taking the boys over to the final was very cool. But, seriously, a very good team performance if you think about all the individual performances," added Miller. "Hardik batted very well, Shubman (Gill), Wadey (Matthew Wade) had a very good start. They got us going. Yeah, and obviously Rashid (Khan), 16 runs off four overs... he just keeps coming every single game, so really chuffed about the win and obviously makes a lot easier to get to the final," said the South African. /IANS

Mumbai, Aug 14 : Ever since it started streaming on Netflix, S.S. Rajamouli's blockbuster 'RRR' has been acquiring a growing international fan following. The latest fan is Edgar Wright, the dire […]

New Delhi, Aug 14 : The result of Common University Entrance Test (CUET) for undergraduate (UG) admissions in colleges and universities is likely to be announced in early September. The exams ar […]

At least 41 dead in Coptic church blaze in Egypt

Cairo, Aug 14 : At least 41 people have died in a fire at a Coptic church in Giza near Cairo, the Health Ministry of Egypt said on Sunday. The fatalities were due to thick smoke and a stampede t […]