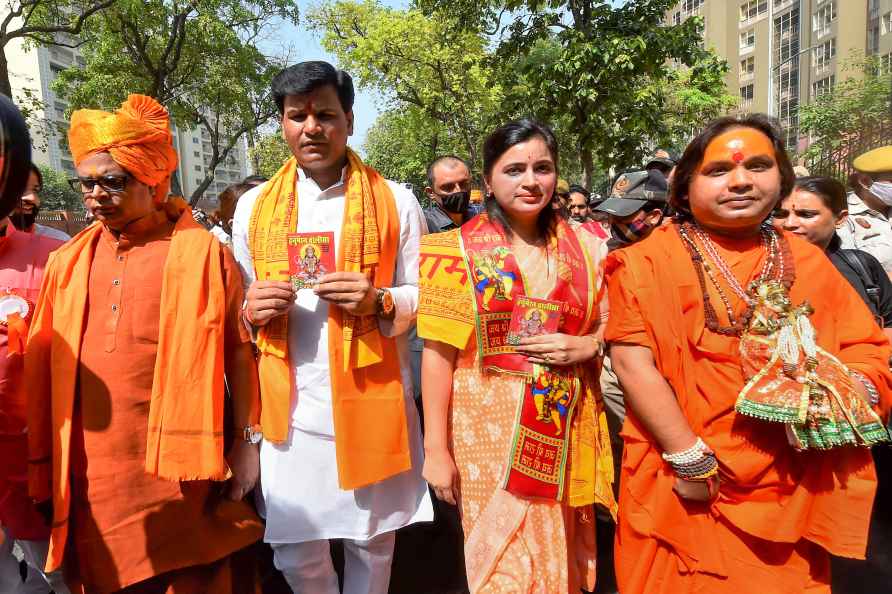 New Delhi, May 23 : Amravati MP Navneet Rana will on Monday present before Privilege Committee of the Lok Sabha, her charges against Maharashtra Police for "illegally arresting" and "manhandling" her over the Hanuman Chalisa row. Navneet, along with her MLA husband Ravi Rana, was arrested after she announced to recite Hanuman Chalisa in front of 'Matoshree', the residence of Chief Minister Uddhav Thackarey. In a letter to Lok Sabha Speaker Om Birla, she had accused the Maharashtra government and the state police of misbehaviour. On May 4, the Mumbai Court granted conditional bail to the couple. After being released on bail, Navneet Rana came to Delhi and met the Speaker of Lok Sabha on 9 May and briefed him about the whole matter. The duo was booked and arrested by Khar Police Station on April 23 and slapped with several charges, including sedition, breach of public peace, making inciting statements, and other sections for their plans to chant Hanuman Chalisa outside the Thackeray's personal home in Bandra east. /IANS

Phnom Penh, June 22 : The defence ministers of the Association of Southeast Asian Nations (ASEAN) vowed on Wednesday to strengthen the bloc's centrality, unity and rules-based order for the benefit of […]

San Francisco, June 22 : Ride-hailing company Uber, which suspended its shared rides service -- Uber Pool -- amid the pandemic has now relaunched the feature under a new name, UberX Share, in the US. […]