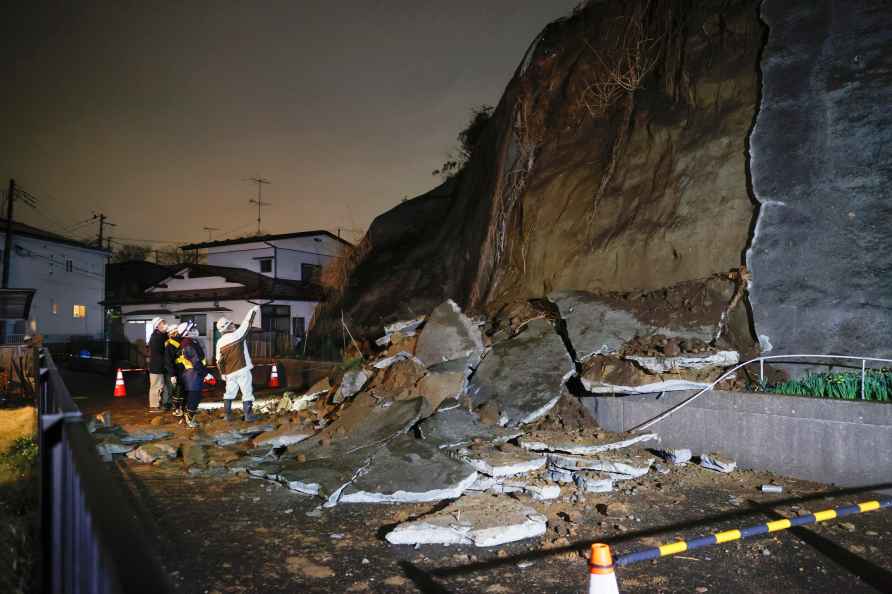 Tokyo, May 22 : An earthquake with a magnitude of 5.8 on Sunday struck off Japan's Ibaraki prefecture, but no tsunami warning was issued, According to the Japan Meteorological Agency (JMA), the temblor occurred at 12.24 p.m. at a latitude of 36.8 north and a longitude of 141.5 east and at depth of 30 km, reports Xinhua news agency. The quake logged five upper in some parts of Ibaraki and Fukushima prefectures on the Japanese seismic intensity scale which peaks at seven, Xinhua news agency quoted the JMA as saying. There were no immediate reports of damages or injuries. /IANS

Abuja, June 22 : Nigerian President Muhammadu Buhari has ordered increased kinetic and non-kinetic efforts by security agencies to rescue the kidnapped victims of a railway attack by gunmen in the nor […]

Islamabad, June 22 : Another wave of Covid-19 is feared in Pakistan as the positivity rate in the two cities of Karachi and Hyderabad in the country's southern Sindh province surpassed 10 per cent, lo […]

Athens, June 22 : Greek Prime Minister Kyriakos Mitsotakis has announced the extension of a subsidy for fuel consumption for the next three months, to ease the burden on budgets of households and busi […]