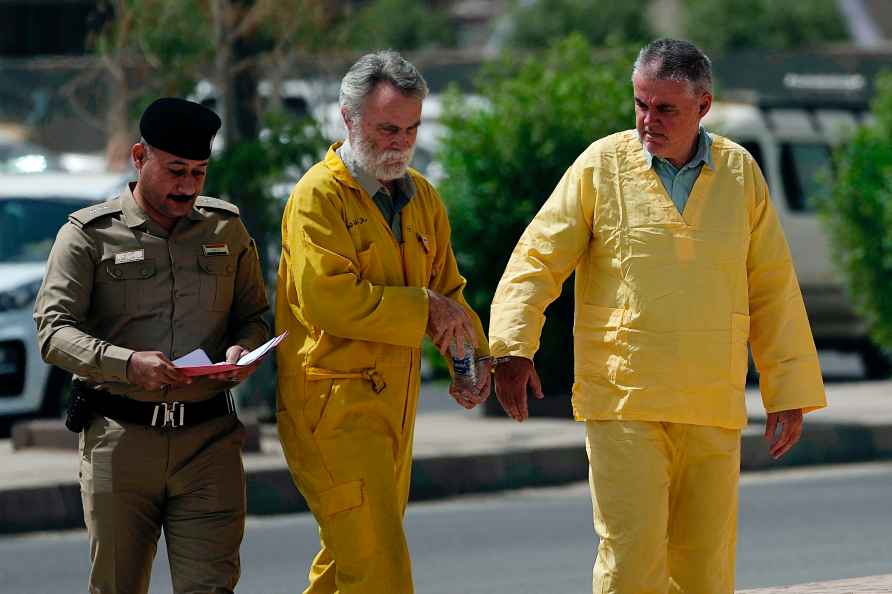 Volker Waldmann, right, and Jim Fitton, center, are handcuffed as they walk to a courtroom in Baghdad, Iraq, Sunday, May 22, 2022. Waldmann and Fitton, accused of smuggling ancient shards out of Iraq, appeared in a Baghdad court Sunday, telling judges they had not acted with criminal intent and had no idea they might have broken local laws. /AP-PTI

Guwahati: Security personnel keep vigil outside a hotel where dissident MLAs of Maharastra are staying, in Guwahati, Tuesday, June 22, 2022. ( /PTI […]