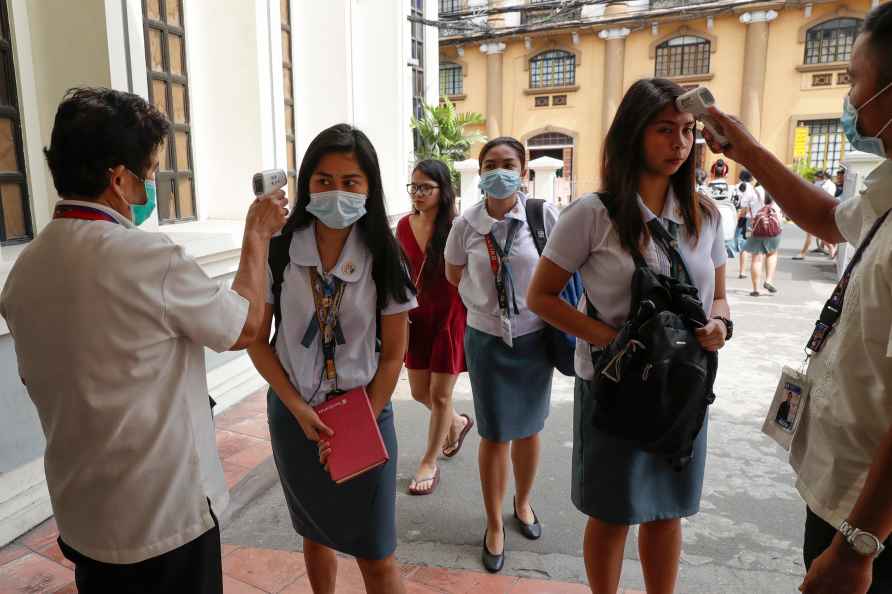 New Delhi, May 20 : Italy, Sweden, Australia and Canada have joined a slew of countries with confirmed cases of monkeypox, signalling a global outbreak. Health officials in Australia have confirmed a case in Victoria and another likely case in New South Wales (NSW). According to Victoria's Department of Health, a man, in his 30s, fell ill after returning from travel to the UK earlier this week. He remains in isolation at The Alfred Hospital in a stable condition with mild symptoms. NSW Health has also detected a possible case of monkeypox in a man in his 40s who recently returned from Europe. The Public Health Agency of Canada (PHAC) had also confirmed two cases of monkeypox in Quebec. Health authorities are investigating about 17 people for potential cases of the virus. According to the Swedish Public Health Agency, a person in the Stockholm region has been confirmed infected with smallpox. "The person in Sweden who has been confirmed to be infected with the virus is not seriously ill, but has received care. We do not yet know where the person became infected. Investigation is ongoing right now," said infection doctor and investigator Klara Sonden at the agency, in a statement. Italy has also confirmed a case, in a young individual who had recently returned from the Canary Islands, the local media reported. The French Health Ministry said it suspects a potential case in the Paris/Ile-de-France region. The US has confirmed the first case of Monkeypox in a Massachusetts man. The US Centers for Disease Control and Prevention said it is monitoring six people in the country for possible monkeypox infections after they sat near an infected traveller who had symptoms while on a flight from Nigeria to the UK in early May. The first case of the disease was reported on May 7 in the UK. The patient had recently travelled to Nigeria, where they are believed to have caught the virus before travelling to England, the UK Health Security Agency said. The confirmed cases in the UK have now risen to nine. Majority have been detected in gay and bisexual men. Earlier, Spain also announced that it was investigating eight suspected cases a" all in gay and bisexual men. Portugal said it was investigating more than 20 suspected cases, five of which have already been confirmed. Northern Ireland has also reported a confirmed case. The World Health Organization (WHO) said the source of these infections has not yet been confirmed but cases seem to have been "locally acquired". According to the European Infection Control Agency (ECDC), virus transmission appears to have taken place through sexual contact between men who have sex with men in the case of cases in the UK. "The infection is not considered highly contagious, but close contact is required for it to be transmitted. Sexual contact is a risk," the ECDC said. The most common disease symptoms in monkeypox are fever, swollen lymph nodes, general malaise and rash with blisters. In European cases, the skin problems have often been reported to be localized to the genitals, groin and the skin around the anal opening. The UKHSA has urged gay and bisexual men to be aware of any unusual rashes or lesions and to contact a sexual health service without delay. There is no vaccine approved for Monkeypox in Europe, but the US Food and Drug Administration had in 2019 approved a vaccine called Jynneos to prevent monkeypox infections, which also protects against smallpox. Sweden plans to classify "smallpox as a generally dangerous disease", and Spanish health authorities have reportedly purchased thousands of smallpox vaccines to deal with the outbreak, according to Spanish media. /IANS

Philippines surpasses Covid vaccination target
Manila, June 19 : The Philippines said it has surpassed its target of fully vaccinating over 70 million, or 77.78 per cent of its target population wi

[New Delhi: An injured Indian Youth Congress member after they stopped a train during their protest over ED's probe against Rahul Gandhi in the National Herald case and Centre's 'Agnipath' scheme, at […]

Shimla: Firefighters try to douse a fire that broke out at a government...

By Archana Sharma Jaipur, June 19 : Lost and found after centuries, the Saraswati river has emerged as a boon for the dry, parched and arid zone of western Rajasthan which is now attracting the att […]