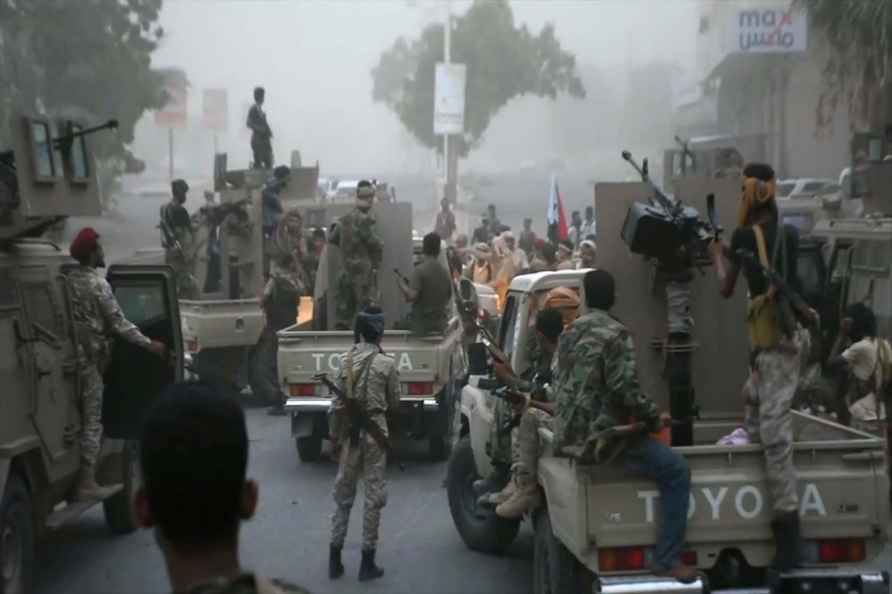 Aden (Yemen), May 19 : Yemen's internationally-recognised government has accused the Houthi rebels of recruiting children in their ongoing fighting in the Arab country. According to a statement released by the country's Information Minister Muammar Eryani on Wednesday, the Houthi rebels are opening dozens of summer camps for children in the areas under their control, trying to enlist them for military service in the war-torn country. "The Houthi militia talks openly through its media outlets on dragging on children to brainwash them with extremist thoughts imported from Iran, train them on fighting and send them to war fronts as fuel to its hopeless battles in implementation of Iranian expansion policies," said Eryani, adding the actions are "in gross violation of international laws and conventions". He also urged the international community to intervene and confront "the Houthi crimes". The Houthi rebels have yet to comment on the allegations from the goverment, Xinhua news agency reported. Previous humanitarian reports released in 2018 indicated that more than 19,500 children had been recruited by the Houthi group in the country's northern provinces, while the UN claimed to have verified the recruitment of nearly 3,500 Yemeni children. The Houthi rebels agreed in April to rid their ranks of child soldiers during a round of negotiations with the UN, according to a UN statement. Yemen has been mired in a civil war since late 2014 when the Iran-backed Houthi militia seized control of several northern provinces and forced the Saudi-backed government out of the capital Sanaa. /IANS

2 dead after 3 explosions hit Kabul gurdwara
Kabul, June 18 : At least two civilians were killed and three security personnel injured after three explosions ripped through a gurdwara in Kabul on

Policeman shot dead by militants in Kashmir
Srinagar, June 18 : A 50-year-old police sub-inspector was shot dead in Jammu and Kashmir's Pulwama district, authorities said on Saturday. In a

2 Hizbul terrorists killed in gunfight in J&K's Anantnag
Srinagar, June 17 : Two terrorists were killed in a gunfight with the security forces in the Kokernag area of South Kashmir's Anantnag district, offic

Protest against the Agnipath scheme in Kolkata

Kolkata: Police personnel try to snatch a burning effigy from a protester during a protest against the Agnipath scheme, in Kolkata, Saturday, June 18, 2022. ( /PTI […]

Mussoorie: A family covers itself with an umbrella during the first rain of monsoon, in Mussoorie, Saturday, June 18, 2022. ( /PTI […]