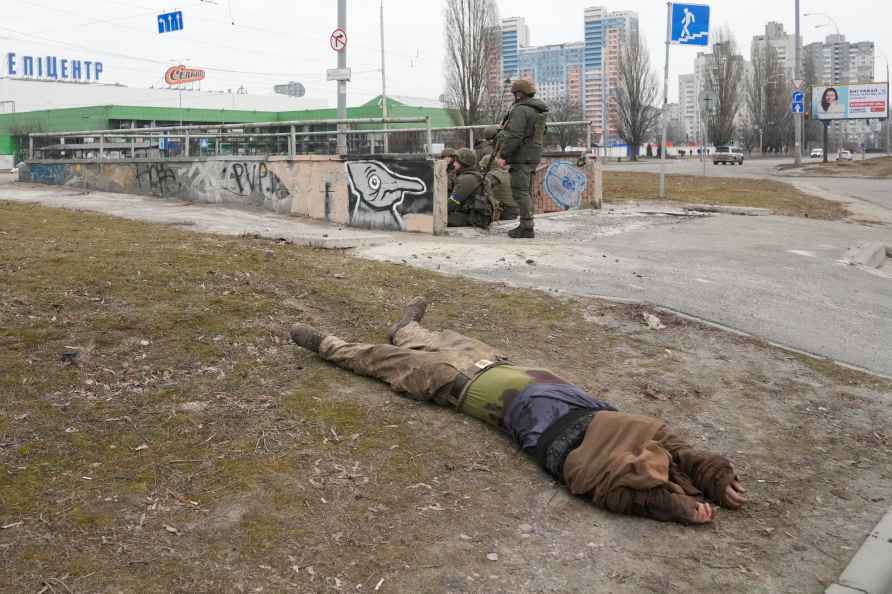 Srinagar, May 17 : The mark of great warriors lies not in their reign but their tactical, military genius, sincerity, and vision. Known as the Napoleon of India for his triumphs across the Himalayan regions of Ladakh, Tibet, Skardu, and Baltistan, Zorawar Singh was the military general of the Dogra Rajput Ruler -- Gulab Singh of Jammu. His presence held an aura that would send thunders down the spine of the opposition -- such was the stature of Zorawar Singh Kahluria. General Zorawar Singh was born in Kahlur (present-day Bilaspur, Himachal Pradesh) in 1784. As a teenager, he learned archery, riding, and swordsmanship. His family shifted to Jammu, where he was under the service of Raja Jaswant Singh of Marmathi (modern Doda district). While reporting to Maharaja Gulab Singh he mentioned a casual observation of the financial wastage happening in the fort administration. The highly impressed Raja appointed him as the commandant of Reasi. Zorawar's genuine demeanor and honesty earned him the position of commissariat officer to all the forts of Jammu. The Raja announced the title of Wazir (minister) for him and later made him Governor of Kishtwar, Reasi, Arnas, and Kussal. The habitants of the lately conquered region welcomed Zorawar and local Rajputs joined his army. The Valley of Kashmir lies in the Upper Himalayas to the east of Kishtwar. Zanskar Gorge, Suru River, and Drass lie in this region. The snow peaks melt and flow across the plateau of Ladakh before merging into the Indus River. Several trivial sovereigns here bowed to the Gyalpo (King) of Ladakh. In 1834 when General Zorawar was desperate to expand the territory of Raja Gulab Singh as his native Kishtwar was experiencing a severe drought that emptied the treasuries, he was impelled to extract money through war. At the same time one of the small-time kings of the mountain region, the King of Timbus, came to seek Zorawar's help against Gyalpo. Having grown up in Himachal and then absorbed in the mountain lifestyle, Zorawar had no qualms about challenging Ladakh at the origination of the Suru River. His army of 5,000 men defeated the local army. In 1835 at Kargil the Ladakhi army of General Banko Kahlon was defeated and Zorawar and his army moved to Leh. The Gyalpo, Tsepal Namgyal, consented to pay Rs 50,000 as war indemnity and Rs 20,000 as a yearly tribute. Seeing Zorawar's wondrous achievements, Kashmir's governor Mehan Singh provoked Ladakhi chiefs to stand against him but that flame was quickly vanquished by the General, following which the Raja of Zanskar had to pay a separate tribute to Jammu. Again in 1836 Mehan Singh backed by the Lahore Durbar encouraged Gyalpo to revolt; to everyone's surprise, Zorawar's army took ten days to take control of Ladakhis again and built a fort outside Leh, installing a permanent military of 300 men under Dalel Singh. The Gyalpo was replaced by the Ladakhi general, Ngorub Stanzin; but Gyalpo Tsepal came to power again by 1838. Gyalpo did not stop there. He took the help of Skardu ruler Raja Ahmad Shah and incited a revolt against Dogras. Defeating the rebels of Ladakh, Zorawar invaded Baltistan (situated in the Karakoram mountain range to the south of K2, the world's second-highest mountain) in the winter of 1839-40 backed by the Ladakhi army. In Skardu, he placed a unit of his soldiers and built a fort on the banks of the Indus River. Keeping forces of a few hundred men clustered along the way General Zorawar marched with 3,000 men to the Pangong Lake, Lake Mansarovar, and then converged at Gartok. He perished all that obstructed his way and defeated a small Tibetan force at Gartok. He stormed the Taklakot in September 1841 which forced Tibet and Nepal (only 15 miles from Taklakot) to agree with him. With his army General Zorawar started a journey towards the Mansarovar and Mount Kailash after building the fort Chi-T'ang near Taklakot. He extended his supply and communication lines over 450 miles of inhospitable terrain of the world's youngest mountains. But with the winter's arrival and intensity, the supply chain was blocked. His soldiers lost against frostbite and starvation. Riding on the opportunity Tibetans and their Chinese allies grouped to fight and passed through the Dogra fort of Chi-T'ang. On December 12, 1841, in the battle of To-yo, the Rajput General was injured on his right shoulder. But he wasn't made of clay. This man of steel fought with a sword in his left hand till Tibetan horsemen rained on him like wildcats and struck their spears in Zorawar Singh's chest. Crossing difficult geographies, such as passing through the Umasi La (leading to Zanskar) at 17,300 feet in the winter months is a feat never achieved by any other military in the world. Had Ladakh not been included in Maharaja Ranjit Singh's territory, or if 550 miles of Tibetan territory wasn't a part of Zorawar's expedition, they would be a part of China today. In eight years he conquered Ladakh, Gilgit-Baltistan, Kailash Mansarovar, and Western Tibet -- a remarkable achievement not recognized enough (until the Kargil War of 1999) considering the oxygenless trans-Himalayan backdrop. Having marched six times in the snow-clad ranges at an average altitude of 15,000 feet, and having back-to-back led successive campaigns, General Zorawar Singh is unparalleled in the Indian subcontinent. The Tibetans have raised a memorial to honour the Dogra Warrior where women seek blessings for a brave son. Independent India saw Pathan marauders from Pakistan assault Kashmir, the 1962 war with the People's Liberation Army of China, and the Indo-Pakistani war of 1965 in J&K, all on the same grounds where the victorious General once walked. Zorawar Singh cannot just remain in our history; his genius has to be studied and his shoes have to be walked into. It is worth questioning -- What's stopping India, the land that produced a man of this valor and caliber, from birthing this breed again? /IANS

Elon Musk hints layoffs at Twitter in future
San Francisco, June 17 : Tech billionaire Elon Musk has told Twitter employees that the platform "needs to get healthy" financially and bring down cos

Benefits of exercise may soon be packaged in a pill
New York, June 16 : Finding it hard to exercise daily? How about popping a pill that could help replace your workouts? Science is closer to that goal,

New York, June 17 : The United States will have 11 of the 16 hosts cities at the 2026 FIFA World Cup, which will also feature matches in Mexico and Canada, the world football governing body has said. […]

Ballia: Smoke billows from a train after it was set on fire by people protesting against Centre's 'Agnipath' scheme, in Ballia, Friday, June 17, 2022. ( /PTI […]