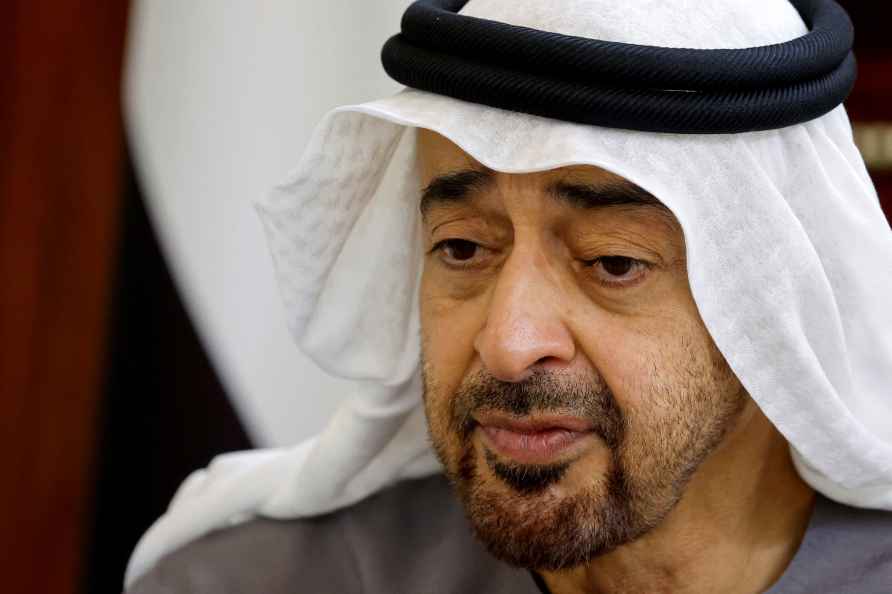 [Abu Dhabi: FILE - Newly appointed president of the United Arab Emirates Sheikh Mohammed bin Zayed Al Nahyan receives condolences from French President Emmanuel Macron on the death of Sheikh Khalifa Bin Zayed Al Nahyan at Al Mushrif Palace in Abu Dhabi, United Arab Emirates, May 15, 2022. Al Nahyan has been receiving condolence visits from the world's elite for days now in Abu Dhabi. MbZ as he?─¶s known has taken on a major influence in the wider Middle East, whether through his longtime relationship with the U.S. military, his opposition to Islamists and his autocratic country?─¶s new ties with Israel. /PTI] Jerusalem, May 18 : Israeli Prime Minister Naftali Bennett and French President Emmanuel Macron have agreed to meet "soon" after holding a phone conversation on security issues and bilateral ties. The phone talk on Tuesday focused on "the security situation in the region, especially Iran, as well as opportunities for cooperation and the war in Europe and its implications," Bennett's office said in a statement. "The two leaders discussed strengthening the ties between Israel and France and the strong bilateral relations in all areas," the statement added. The Israeli Prime Minister congratulated Macron on his re-election and thanked him for "expressing support for Israel in the face of terrorist attacks and France's commitment to the security of Israel," it said. Macron's office said in a separate statement that he urged Israel to conclude the investigation swiftly into the death of Al-Jazeera journalist Shireen Abu Akleh, who was shot dead on Wednesday in the West Bank, while covering the clashes between Israeli soldiers and Palestinians, Xinhua news agency reported. /IANS

Amstelveen, June 18 : Riding on a 70-ball unbeaten 162 by Jos Buttler and sensational 22-ball 66 not out by Liam Livingstone, England on Friday registered the highest-ever score in the history of ODI […]

Dublin, June 18 : South Africa cruised to a crushing 189-run win over Ireland in the final ODI of the tour on Friday. After Laura Wolvaardt (89) and Sune Luus (93) starred with the bat to take the vis […]

New Delhi, June 18 : Every state must recognise its strength, define its targets and develop a roadmap to achieve the same as this is essential for India to become a $5 trillion economy, Prime Ministe […]

By Ashok Nilakantan New York, June 18 : The Bipartisan Gun Law being negotiated in the Congress appears to have hit bumps already with majority of the American citizens and pro-gun lobby Republicans […]