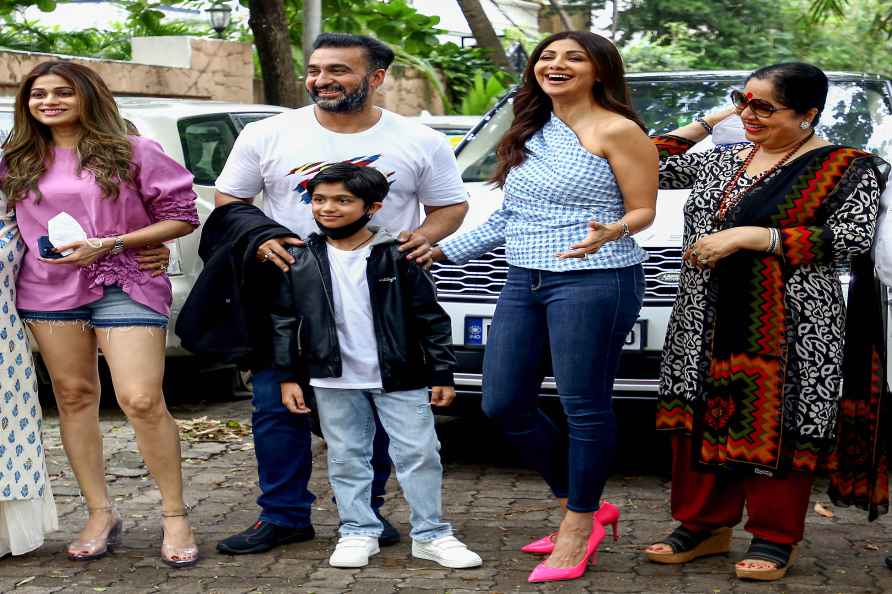 Mumbai, May 17 : Actress Shilpa Shetty, who was on a break from social media, returned with a bang as she flaunted her new "superwoman" avatar. Shilpa posted a new teaser video for her film 'Nikamma' where she is dressed as a superhero. Alongside the post, she wrote: "Now we're talking In a brand new avatar! Who is the REAL 'AVNI'???!! Do show some love & watch this space for more (Sound On) Remember tomorrow 17th May, launching the NIKAMMA trailer at 11:30 aa #Nikamma #Nikammagiri #SomethingNew #StayTuned"." The film has been directed by Sabbir Khan. Shilpa's sister Shamita Shetty wrote, "Hotness personified!" A fan even called her "desi Gal Gadot". Shilpa has several films lined up in her kitty. After 'Nikamma', she will be seen in 'Sukhee'. /IANS

Jubin Nautiyal: Rarely do we get the opportunity to sing for a young college album
Mumbai, Aug 13 : Singer Jubin Nautiyal is all pepped up as his song 'Naya Pyaar Naya Ehsaas' from the film 'Middle Class Love' is out. Jubin Nau

Here's why Sonam is thankful to Arjun's ladylove Malaika
Mumbai, Aug 11 : Bollywood actress Sonam Kapoor Ahuja in the latest episode of 'Koffee With Karan' revealed why she is thankful to her brother Arjun K

New Delhi: Bomb Detection and Disposal Squad personnel with a sniffer dog inspect near the Red Fort on the eve of the 75th anniversary of Independence Day, in New Delhi, Sunday, Aug. 14, 2022. ( /PTI […]