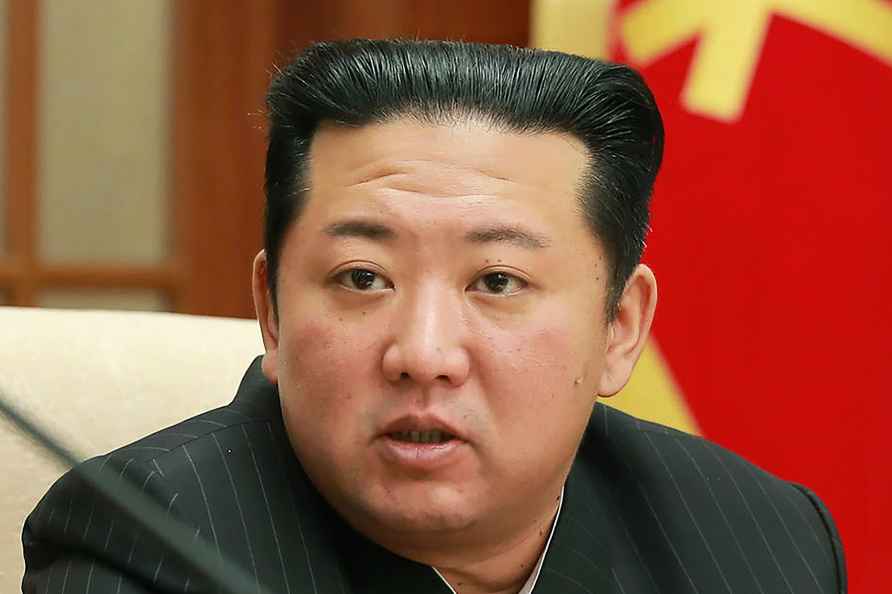 Seoul, May 17 : North Korea reported six additional deaths on Tuesday amid an ongoing Covid-19 outbreak, as it deployed its military to supply medicine to pharmacies in Pyongyang. According to the information of the state emergency epidemic prevention headquarters, over 269,510 people showed symptoms of fever and six deaths were reported, raising the total number of fatalities to 56 amid the outbreak, the North's official Korean Central News Agency (KCNA) said. The North has stepped up efforts to immediately fix "deviations" in the supply of medicine and mobilised its military to stabilise the supply of medicine in its capital city as ordered by leader Kim Jong-un earlier this week, Yonhap News Agency quoted KCNA as saying "On the special orders of the WPK Central Military Commission, the military medical field of the People's Army urgently deployed its powerful forces to all pharmacies in Pyongyang city and began to supply medicines under the 24-hour service system," the KCNA said. WPK refers to the North's ruling Workers' Party of Korea. Top party officials, including Choe Ryong-hae, president of the Presidium of the Supreme People's Assembly, and Premier Kim Tok-hun visited pharmacies in several districts to inspect the demand and supply of medicine. Pharmaceutical factories across the country have increased their production and some 11,000 officials, teachers and students of medical institutions across the country have been mobilized to examine and treat people with fevers, it added. The total number of fever cases stood at more than 1.48 million, of which more than 819,090 had fully recovered and at least 663,910 were being treated. On may 12, North Korea reported its first Covid-19 case after claiming to be coronavirus-free for over two years. In response, Pyongyang declared the implementation of the "maximum emergency" control system. /IANS

Iran says US 'fabricates stories' about Bolton to escape int'l responsibilities
Tehran, Aug 13 : The Iranian Foreign Ministry spokesman has said the US "fabrication of stories" about a "politically bankrupt element, a known terror

Saudi fugitive blow himself up in Jeddah, injuring 4: State security
Riyadh, Aug 13 : A man wanted by Saudi state security detonated an explosive belt, killing himself and wounding a foreigner and three security officia