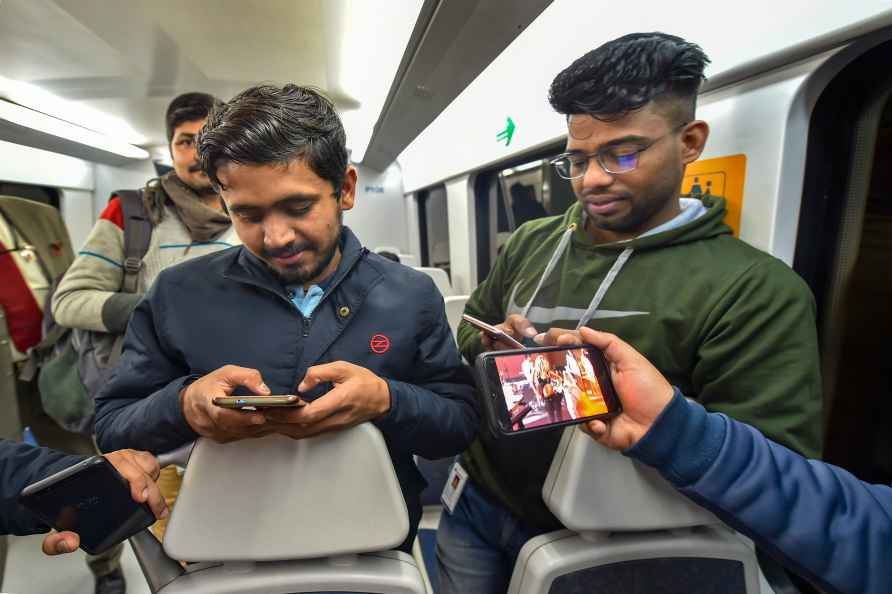 New Delhi, May 16 : It is the 1970s in rural South Korea and San is alone. She finally finds a friend in a girl called Namae, until one afternoon changes everything. Following a moment of intimacy in a field of minari (a leafy green perennial herb), Namae violently rejects San, setting her on a troubling path. It is the 1990s and San is 22, when she happens upon a job at a flower shop in Seoul's bustling city centre. Over the course of one hazy, volatile summer, San meets a curious cast of characters -- the mute shop owner, a brash co-worker, kind farmers and aggressive customers -- and fuelled by a quiet desperation to jump-start her life, she plunges headfirst into obsession with a passing magazine photographer. Throughout it all, San's moment with Namae continues to linger in the back of her mind. A story of thwarted desire, misogyny and erasure, Kyung-Sook Shin's 'Violets' (W&N) reveals the high stakes involved in one woman's desperate search for both autonomy and attachment in an unforgiving society. Kyung-sook Shin is the author of numerous works of fiction and is one of South Korea's most widely read and acclaimed novelists. She has been honored with the Manhae Literature Prize, the Dong-in Literature Prize, and the Yi Sang Literary Prize, as well as France's Prix de l'Inaperçu. She won the Man Asian Literary Prize in 2012 for 'Please Look After Mom', her first book to appear in English. /IANS

Symposium on Amir Khusro's contributions to India's composite culture
New Delhi, May 27 : The Delhi-based Khusro Foundation, in collaboration with the Centre of Persian and Central Asian Studies, Jawaharlal Nehru Univer

UP to soon recruit 40,000 additional constables

Lucknow, June 16 : The Uttar Pradesh government will soon recruit 40,000 additional constables in its various wings. The recruitment process will begin soon. As per the plan, 34,000 consta […]

RTE admissions in UP touch a new high

Nearly 70% of car crashes linked to 'self-driving' in US were Tesla: Report

San Francisco, June 16 : The US National Highway Traffic Safety Administration (NHSTA) has linked 392 crashes to self-driving and driver assistance systems in 10 months and about 70 per cent of those […]

Bengaluru, June 16 : After a gap of 112 days, Karnataka reported more than 600 fresh Covid-19 cases, triggering concerns among health authorities in the state. In the last 24 hours, 648 cases we […]