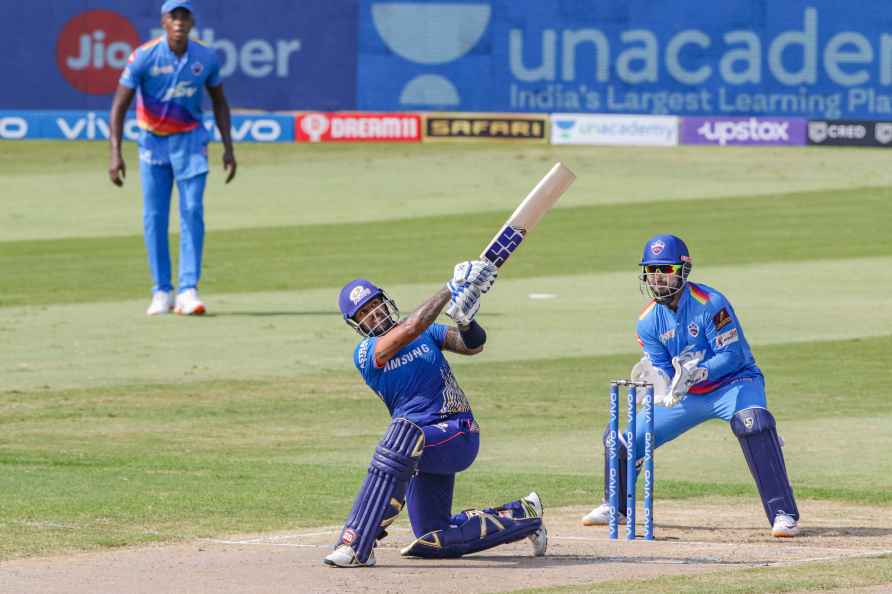 Mumbai: Pitches for T20 matches usually favour the batters as the organisers believe that the fans want to see the ball being smacked around for sixes. But occasionally, the pitch does have something to offer for the bowlers, and that is when they need to grab their chance and make it count. Mumbai Indians' Australian pacers Daniel Sams, Jasprit Bumrah, and Riley Meredith made good use of the swing and bounce offered by the pitch at the Wankhede Stadium for Match 59 of IPL 2022 to bowl out Chennai Super Kings for 97 and set up their five-wicket win. Sams claimed 3/16, Meredith bagged 2/27 and Bumrah took 1/12 off three overs as Mumbai Indians were reduced to 29/5 in the sixth over from where they never recovered, despite an unbeaten 36 by skipper MS Dhoni. Sams, the 29-year-old allrounder from New South Wales, Australia, bowled brilliantly, used the conditions to the fullest, bowled hard length, moved the ball around, and kept the batters under pressure as he gave Mumbai Indians a good start. Sams struck two vital blows in the first over of the match, getting out Devon Conway -- a fortuitous wicket as the ball was going down the leg-side and there was no DRS available for the CSK batter to utilise. The second wicket was far better executed as Moeen Ali was undone by a length delivery that bounced a bit, forcing the batter to hurry and mis-time a shot, the resultant easy catch was pouched by Hrithik Shokeen at short-midwicket.(/IANS)

Sydney, June 11 : The comment by Greg Barclay, the independent chair of the International Cricket Council (ICC) regarding the bleak future of women's Test cricket has touched a raw nerve with some of […]

Mumbai, June 11 : While films made in south Indian languages are finding a pan-Indian audience and that is translating at the box office in the recent times, one might think twice before remaking a fi […]