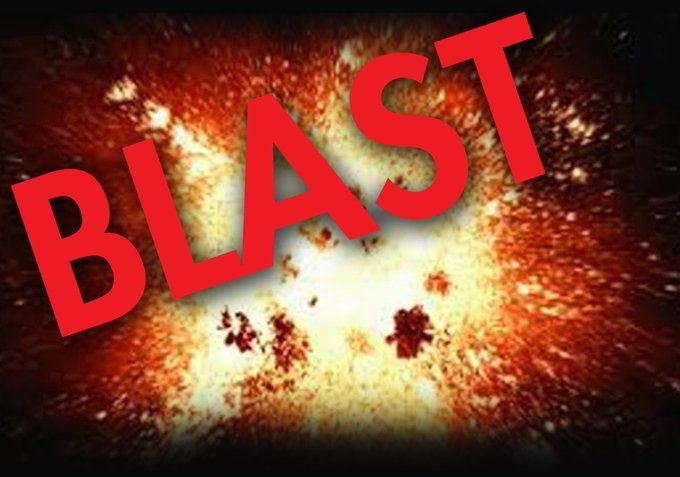 Islamabad: Thirteen people were injured when a blast went off inside a market area in the capital city Karachi of Pakistan's southern Sindh province, hospital authorities said. Many among the injured were in critical condition and most of them got wounded after being hit by ball bearings from explosive materials, Shahid Rasool, medical superintendent of Jinnah Postgraduate Medical Center (JPMC) where all the injured were shifted, told the media. Talking to the media, Information Minister of Sindh province Sharjeel Inam Memon said that an investigation had been kicked off to determine the cause of the explosion that took place on late Thursday night and a state of emergency had been imposed in all hospitals in the city, Xinhua news agency reported. Meanwhile, in a conversation with Xinhua, Salman Qureshi, a rescue worker with the nongovernment rescue organization Saylani Welfare Trust, said that rescue teams had shifted 16 injured people to the JPMC where one of them succumbed to the injuries. "The incident happened in a densely populated area and there were many pedestrians along with the incident site when the explosion happened," he said. Pakistani Prime Minister Shahbaz Sharif condemned the blast and directed the chief minister of Sindh to provide the best possible medical treatment to the injured people, the Prime Minister's office said in a statement early Friday. Local TV channel ARY News quoted police sources as saying that explosive materials hidden in a garbage bin were detonated by unknown militants when a vehicle of Pakistan Coast Guards was passing by. In a conversation with Xinhua, a spokesperson for the coast guards confirmed their vehicle was destroyed with five other vehicles in the blast but refused to comment on the official vehicle being the main target in the incident.(/IANS)

Mumbai, June 11 : Bollywood actor Kartik Aaryan, who is currently having a gala time courtesy his recent release 'Bhool Bhulaiyaa 2', has kept his outfit from the film as a memento. The film bro […]