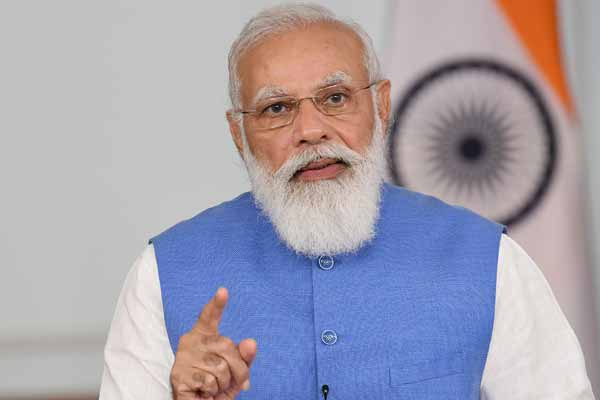 New York: India is using its traditional medicines to back up the fight against Covid-19 even as the country has vaccinated nearly 90 per cent of its adult population against the disease, says Prime Minister Narendra Modi. "In India, we extensively used our traditional medicines to supplement our fight against Covid and to boost immunity, saving countless lives," he said on Thursday at the Second Summit Global Covid-19 Summit convened by US President Joe Biden. While the use of the indigenous supplements has stirred controversies among some practitioners of western medical systems, Modi mentioned the international interest in them. "Last month, we laid the foundation of WHO (World Health OrganiZation) Centre for Traditional Medicine in India with an aim to make this age-old knowledge available to the world," he said speaking in English. The virtual summit met as the Covid death toll in the US neared the 1 million mark and Biden ordered the flags to fly at half staff to honour the pandemic's victims. "We're going to face, together, global health crises," he said at the start of the summit. "This is not the last one we've had; it's not a question of 'if', it's a question of 'when'." Therefore, he said that the US will share critical Covid technologies through the WHO's COVID-19 Technology Access Pool. "We're making available health technologies that are owned by the United States government, including stabilised spike protein that is used in many Covid-19 vaccines." But Modi's appeal went beyond that, reiterating India's request for loosening intellectual property rights to deal with the pandemic.(/IANS)

San Francisco, June 11 : Following complaints from the Dutch government that said the company's actions to allow dating apps to use alternative payment methods on the App Store is 'insufficient', tech […]

Canberra, June 11 : The Australian government on Saturday agreed to pay a French shipbuilder A$830 million after tearing up a submarine contract. Prime Minister Anthony Albanese said the governm […]