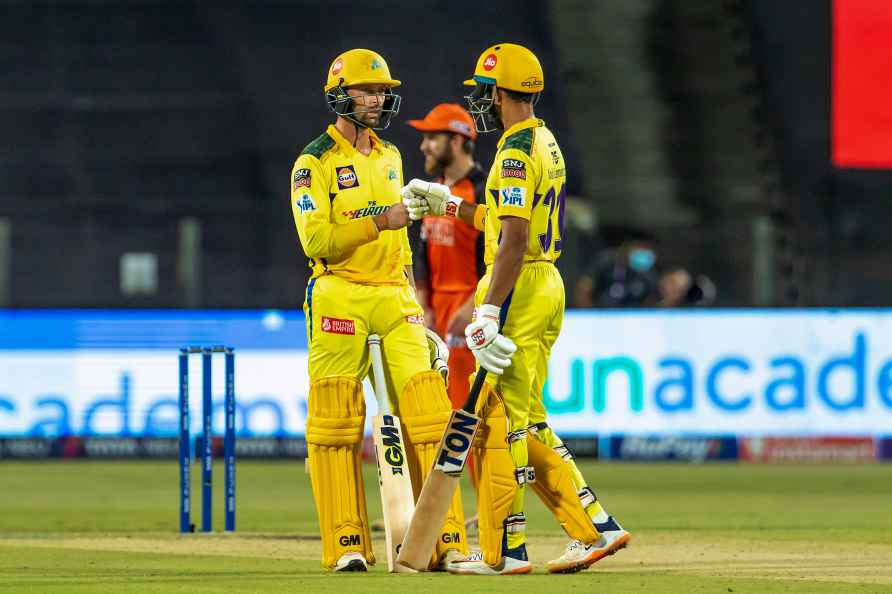 Pune, May 2 : Chennai Super Kings (CSK) top-order batter Ruturaj Gaikwad has distaste for the word 'form', saying that he does not believe in the term. He added that in a sport like cricket, one always "starts from zero" irrespective of whether one has scored a century in the previous game. On Sunday Mahendra Singh Dhoni's return at the helm worked wonders for four-time IPL champions Chennai Super Kings as they defeated Sunrisers Hyderabad by 13 runs at the MCA Stadium, with Gaikwad, who has been off-colour in IPL 2022, showing the brilliant side of his batting by smashing a 99 off 57 balls and joining forces with left-handed New Zealand opener Devon Conway to share a mammoth stand of 182 off 107 balls and set the base for 202/2. Gaikwad had taken the orange cap with 635 runs last year, and his woeful form was a major cause for concern in IPL 2022. But the 25-year-old said that the word 'form' is not a part of his lexicon. "Personally I do not like to believe in form, irrespective of what you scored in the last game you have to start from zero. I believe in starting from zero every game and that is what has helped. I like to play more pace as it brings the best out of me," said Gaikwad. After receiving the Player-of-the-Match award, Gaikwad also revealed the chat he had with Conway (85 not out) during their record-breaking partnership. "Felt good and it has come in a win, this knock feels more special," Ruturaj said. "There will be times where you will get one or two good deliveries and you will be unlucky here and there, but with the kind of support staff you have and all the people around, you have that backing and confidence with you going. "I was telling him (Conway) to take his time. I have played a lot here as this is my home ground, I know this wicket and I was just chatting with him to keep going," added Gaikwad. /IANS

No individual can be forced to get vaccinated, govt vaccine policy not arbitrary: SC

New Delhi, May 2 : The Supreme Court on Monday said that no individual can be forced to get vaccinated and added that the current Covid-19 vaccine policy of the government is not arbitrary. A be […]

New Delhi: Muslims offer prayers at the Jama Masjid on the occasion of Eid-ul-Fitr, in old Delhi, Tuesday, May 3, 2022. Muslims across the world celebrate Eid with zeal and grandeur. ( /PTI […]

Seoul, May 2 : Most Seoul citizens still wore face masks despite the lifting of the outdoor mask mandate on Monday, as many were still wary of the Covid-19 pandemic. After over 1 year of mandati […]

Without Bravo in Playing XI, I felt I had to take it on my shoulders, says Mukesh Choudhary

Pune, May 2 : Chennai Super Kings' left-arm pace bowler Mukesh Choudhary has emerged as the unlikely hero for the four-time IPL champions, with the 25-year-old pairing up with the likes of Dwaine Pret […]