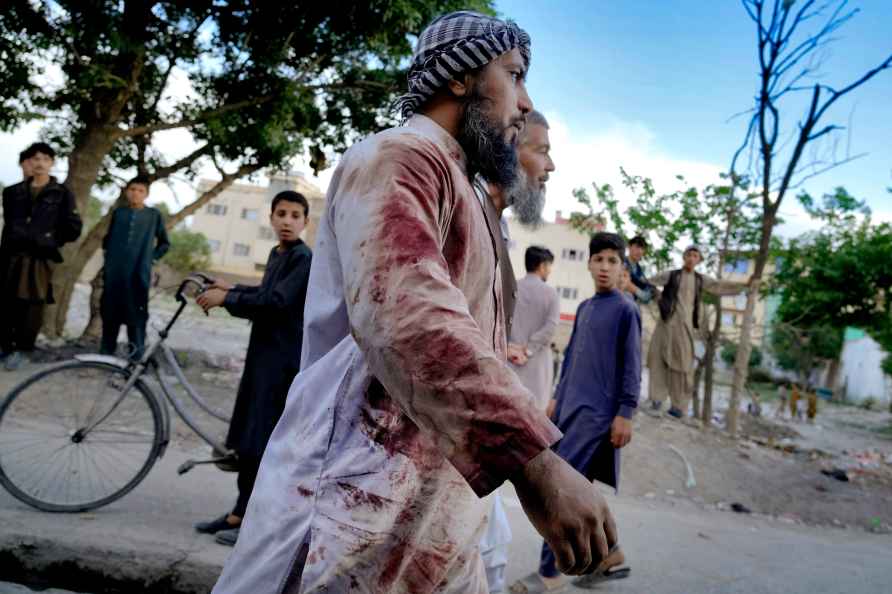 Kabul, May 2 : Amid heightened security in the wake of recent terror attacks, people all across Afghanistan celebrated Eid-al-Fitr, which is also the first since the Taliban took over the country last August. Although no untoward incident was reported on Sunday, Afghans marked the festival as security personnel arranged foolproof security measures around all mosques in Kabul and other major cities, reports Xinhua news agency. Kabul police spokesman Khalid Zadran has assured the public that security arrangements were tight. "We have experienced war and miseries over the past 40 years. We need peace, happiness and prosperity to forget the past desolation," Fakhrudin told Xinhua outside a mosque where he offered prayers. Some Afghan cities, including Kabul, have experienced deadly terrorist attacks in recent weeks, even inside mosques, that have claimed many lives. On April 29, a blast ripped through a mosque in Kabul, killing at least 10 persons and injuring dozens others. Also on the same day, twin explosions in Mazar-i-Sharif, capital of Balkh province, killed nine civilians and injured 13 others. A mosque in Mazar-i-Sharif was a scene of a blast on April 21, claiming the lives of five people, while 65 others sustained injuries. Following the withdrawal of the US-led forces and the Taliban's takeover of Afghanistan, the war practically ended in the country, which has been widely welcomed by Afghans. "Today is a joyful day for all the Muslims," Nawedullah Afzali told Xinhua, wishing "Eid Mubarak" (blessed feast) to all Muslims across the globe and praying for the return of lasting peace and security to Afghanistan. Afzali, who came from Badakhshan province to offer prayers at the historic Shah-e-Doshamshira mosque here in Kabul, expressed his hatred towards war. "This is my wish to see we Afghans get united and stop shedding our blood," Afzali said. Prayer leaders in their sermons have also prayed for the returning viable peace in their country, besides calling upon Afghans from all walks of life to get united and help rebuild the war-ravaged nation. /IANS