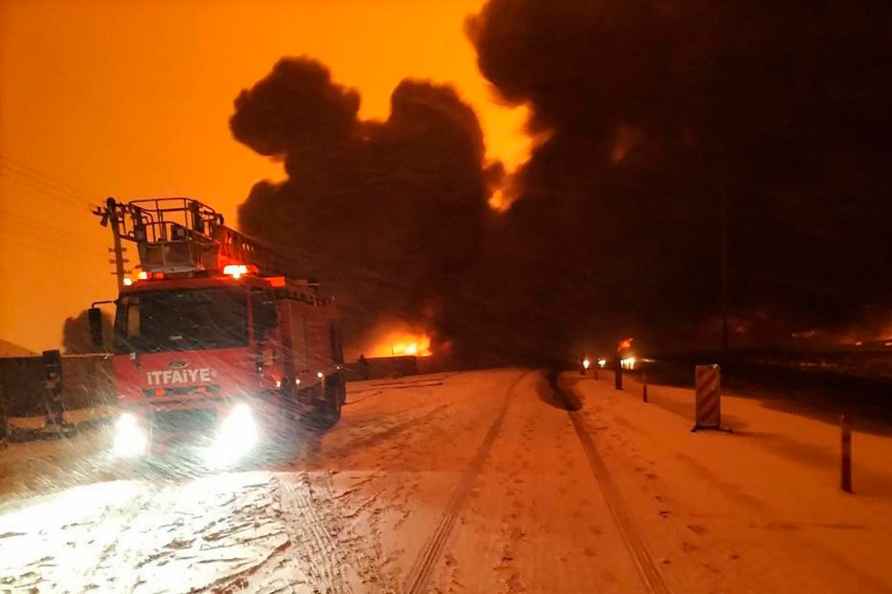 Baghdad, May 2 : Six rockets targeted an area in Erbil province in Iraq's northern semi-autonomous Kurdistan Region, but caused no casualties, the regional Counter-Terrorism Service (CTS) has said in a statement. The rockets were fired from al-Hamdaniya on Sunday, a town 60 km west of the city of Erbil, and landed near the al-Zab River outside the Kurdish town of Khabat in Erbil province, Xinhua news agency reported, citing the Kurdish CTS statement. No group or individual has claimed responsibility for the attack. On April 6, three rockets were also fired from the al-Hamdaniya area and hit an inhabited area near an oil installation in the Khabat area, which also caused no casualties. /IANS

Mumbai: Women walk past a graffiti on a wall urging people to wear...

Mumbai: Women walk past a graffiti on a wall urging people to wear face masks in Mumbai, Monday, June 13, 2022. The city on Sunday recorded more than 100 Covid-19 admissions, the highest single-day co […]

New Delhi, June 13 : Amid protests, Congress leader Rahul Gandhi on Monday appeared before the Enforcement Directorate (ED) office in the national capital after he was summoned in connection with the […]