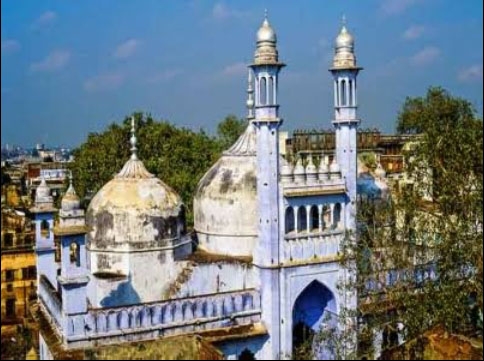 The Indo-Islamic Cultural Foundation (IICF) said that the videography being carried out at the Gyanvapi Mosque is a clear violation of the Places of Worship Act, 1991, which laid down that a religious place will retain the same character it had on August 15, 1947. The IICF will now approach the Supreme Court in this regard. IICF Secretary Athar Hussain said: "We will not spare any effort in getting the Ayodhya verdict implemented in letter and spirit. We will approach the apex court to get the Places of Worship Act, 1991 implemented. "Any court of law challenging the status of any place of worship in India other than the Ram Janmabhoomi in Ayodhya violates the November 9, 2019 verdict of the SC." The IICF is a Supreme Court mandated trust that owns the 5-acre land in Ayodhya allotted by the apex court for the construction of a mosque, in lieu of the Babri Masjid land. The Places of Worship Act, 1991 laid down that any religious place will retain the same character as it was at the time of Independence. The Ram Janmabhoomi issue in Ayodhya, was kept out of the purview of the Act.(/IANS)

Schools, colleges in Coimbatore to have anti-drug clubs

Chennai, Aug 13 : The Coimbatore district administration has directed all schools and colleges to launch anti-drug clubs, following the rising menace of narcotics use among students. In a statem […]

Manhunt launched for TN industrialist who raped techie in Bengaluru

Bengaluru, Aug 13 : Karnataka police have launched a manhunt for a Tamil Nadu industrialist who allegedly raped a software engineer at a luxury hotel room here on the pretext of a business meeting, po […]