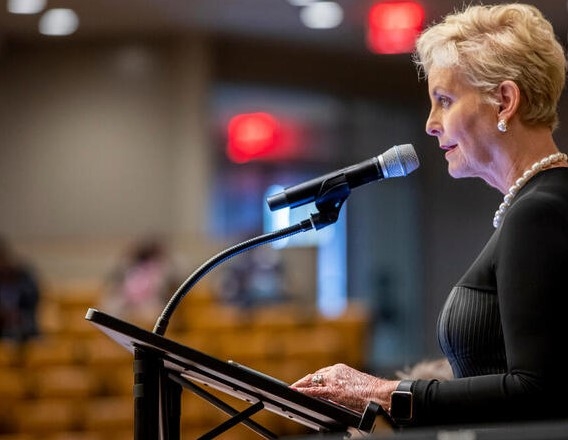 India has been invited to a ministerial meeting on global food security convened by US Secretary of State Antony Blinken to respond to the global crisis sparked by the Russian invasion of Ukraine, said Cindy McCain, Washington's Permanent Representative to the Food and Agriculture Organization. The meeting with the Foreign Ministers on May 18 will "review the urgent humanitarian needs and identify steps to build resilience for the future", she told reporters in a Zoom news conference on Tuesday. "The US cooperates with all grain-producing countries, and, of course, our purpose is to alleviate the shortage that's going to happen" because of the Ukraine conflict, McCain said. "This upcoming food security ministerial in New York is a prime opportunity to talk about the immediate solutions and long-term strategies which are really important." Because the world is facing the "most serious food crisis in over 70 years, the worst since World War II", the US has called for two 'Days of Action' on the food crisis "to rally the world to take steps to bolster food supply chains and strengthen food resilience", she added. The ministerial meeting will be followed by a Security Council debate on "Conflict and Food Security" the following day. McCain said that Russian President Vladimir Putin's war on Ukraine, the fifth-largest exporter of wheat and the second-largest exporter of sunflower oil, has triggered a far-reaching humanitarian crisis for countries that were already vulnerable.(/IANS)

Kashi Vishwanath project to be completed by June end

Varanasi, June 9 (IANS) The Kashi Vishwanath Dham (KVD) project, which is Prime Minister Narendra Modis dream project, will be nearing its completion by the month's end. The Shri Kashi Vishwanat […]

Offenders will be dealt with, NSA assures Iran

Panaji, June 9 (IANS) Goa Chief Minister Pramod Sawant on Thursday appealed to people to follow Covid-appropriate behaviour in the wake of increase in the number of infections in the state. "COV […]