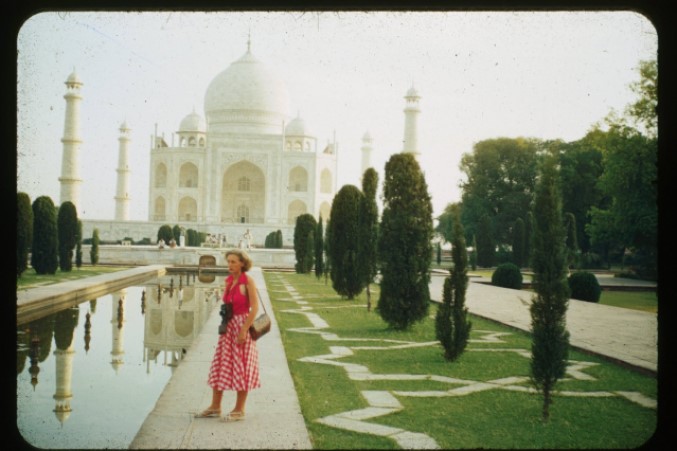 To the delight of millions, Tesla CEO Elon Musk and his mother Maye Musk have shared their memories of the Taj Mahal, as people in India seek Tesla cars to come to the country. Maye even shared an interesting anecdote along with pictures about Elon's grandparents who flew to the World Heritage Site in Agra on their way to Australia from South Africa in 1954. "In 1954, your grandparents flew to the Taj Mahal from South Africa, on their way to Australia. The only people to ever do this trip in a single-engine propeller plane, without a radio or GPS. Their motto 'Live dangerously'. carefully,'" she tweeted late on Monday. Maye replied to Elon who earlier responded to one of his followers: "It is amazing. I visited in 2007 and also saw the Taj Mahal, which truly is a wonder of the world." Elon's follower had tweeted: "Amazing facade detail of the Red Fort in Agra, India." Maye also shared pictures of her parents, in which her mother, Wyn, can be seen in front of the Taj Mahal. In another picture, Elon's grandfather, Joshua, is seen standing in front of a single-engine propeller plane. A user responded: "Next time you must see the engineering marvel that is the Kailasa temple. That was built before the Mughals taught us engineering, architecture and made us super rich". Another posted: "How about visiting again to set up a factory here?"