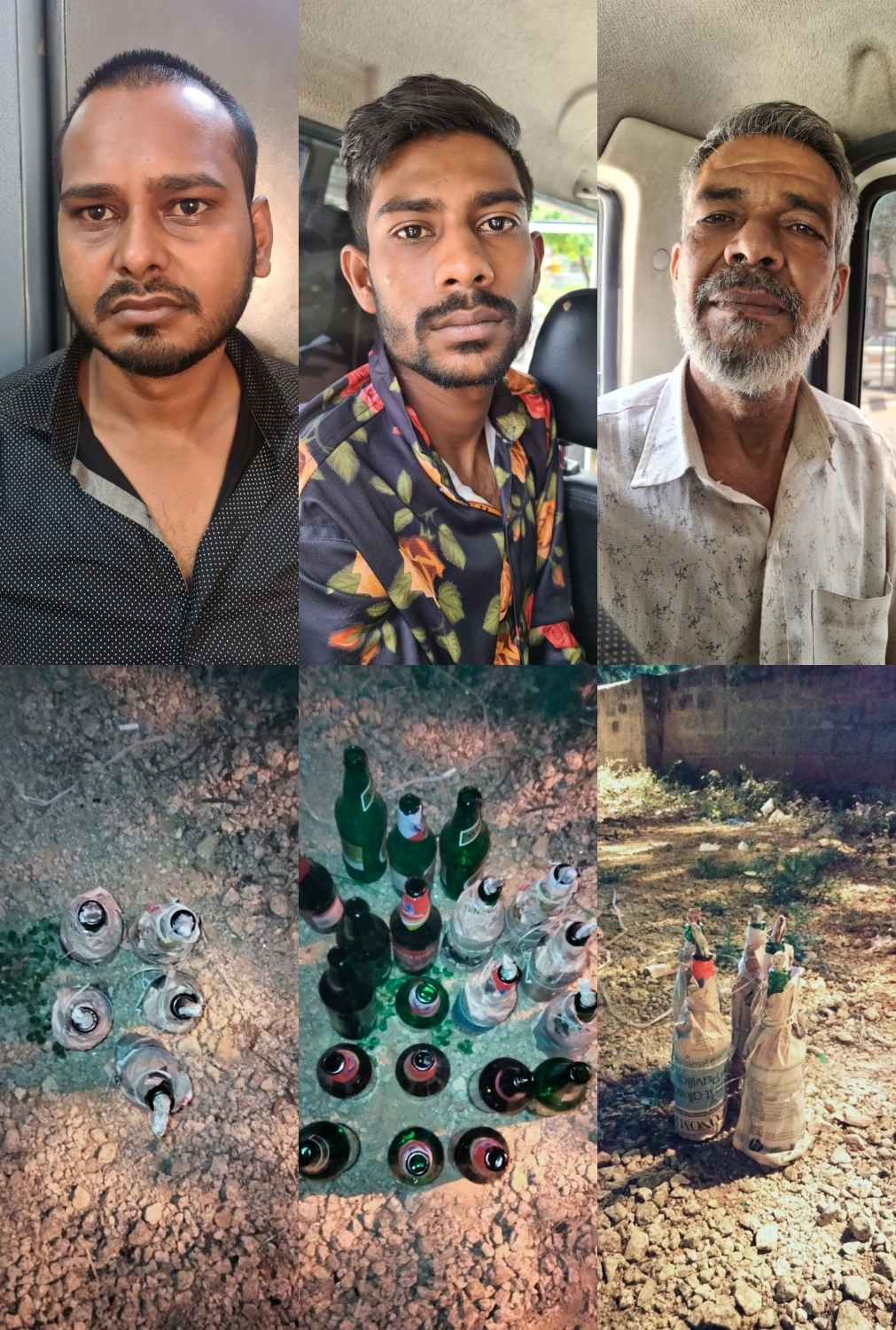 Amid the loudspeaker issue, the Karnataka Police on Monday seized 10 petrol bombs here, one pistol, a live bullet and some other lethal weapons during a raid here. Deputy Commissioner of Police (DCP) East Bheema Shankar Guled said the development has nothing to do with the ongoing loudspeaker issue. He also clarified that the petrol bombs were stored not to attack the Hindu leaders or devotees and that here was no role of any organisation behind the accused. According to police, a raid was conducted as per the revelation by accused Syed Asgar, an arms dealer, who was arrested by the Hennur police recently. Guled said that the Hennur police had arrested a rowdy-sheeter Mohammad Ajeemuddin on suspicion that he was conspiring to carry out an attack on his rival gang and was amassing weapons along with his associates. The police had formed three teams and nabbed Syed Asgar, Fayaz Ulla and Munawar Pasha. The investigations revealed that Fayaz nursed a grudge against Mohammad Ajeemuddin. Therefore, he wanted to fix him in a case and stored the petrol bombs. The accused had purchased 19 beer bottles and filled 10 bottles with petrol, Guled said. Fayaz has eight cases, including murder charges, idol theft and case under the Arms Act against him. Further investigation is on.