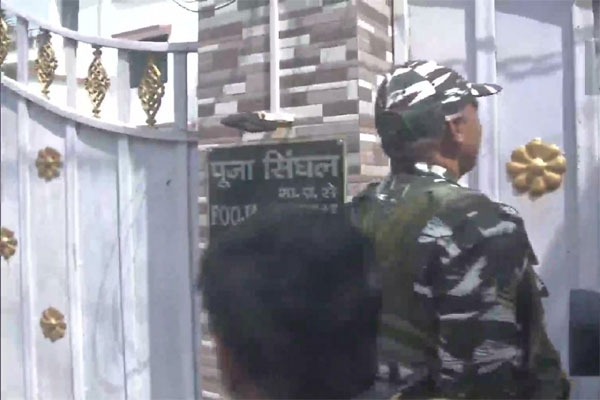 The Enforcement Directorate (ED) will on Tuesday question IAS officer Pooja Singhal in connection with a Prevention of Money Laundering case pertaining to illegal mining in Jharkhand. The ED had on Sunday recorded the statement of her husband Abhishek Jha. Chartered Accountant Suman Kumar, who works for the IAS officer and her husband, was placed under arrest on Saturday following several raids. Kumar was then sent to five days ED's custody. The ED had on Friday recovered Rs 19.31 crore and a few incriminating documents from the premises of Kumar. Kumar, a CA of the IAS official and mining secretary of Jharkhand Pooja Singhal, came on the radar during the course of Investigation. Kumar also handles the accounts of Singhal's husband. The Enforcement Directorate (ED) had on Friday morning conducted raids at more than 18 places. The raids were conducted in Ranchi, Chandigarh, Faridabad, Gurugram, Noida, Mumbai, Kolkata, Muzaffarpur,, Saharsa, and in several parts of NCR, including Faridabad and Gurugram. It is important to note that Jharkhand Chief Minister Hemant Soren also holds the charge of mining.