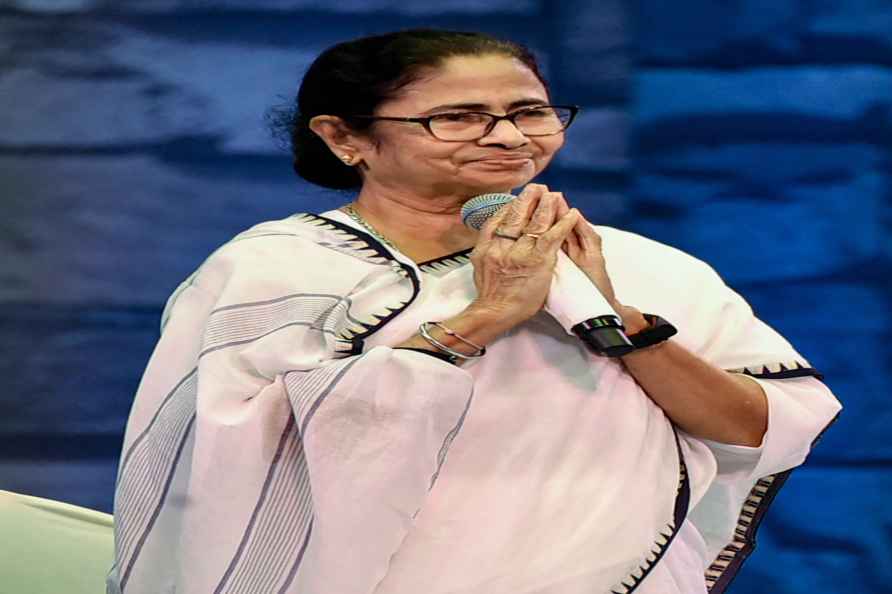 Kolkata, May 5 (IANS) West Bengal Chief Minister Mamata Banerjee on Thursday launched a scathing attack against the Union government over rising prices of essential commodities. "The common people are denied means of making both ends meet as the Union government is increasing the prices of essential commodities. The series of price hike of auto fuel and cooking gas have made people's lives miserable. Now the Union government is even increasing the prices of life-saving medicines used in the treatment of cancer, which were hiked twice in the recent past," she said at an event organised to distribute cheques under 'Lokkhir Bhandar', a scheme of the state government under which all women in the state within the age bracket of 25 to 50 years are eligible for a monthly payment ranging from Rs 500 to Rs 1,000. Speaking on the occasion, she said that a section of the media and the opposition are exaggerating some stray incidents of violence and atrocities against women. "This is not Uttar Pradesh. This is Bengal. We do what we say, while others do not keep their commitments. If a rape victim goes to lodge a complaint, she is raped again. But in West Bengal the police arrest the offenders without checking their political affiliations. In the recent past, many persons associated with the Trinamool Congress have been arrested," the Chief Minister said. Banerjee also took a subtle jibe at Union Home Minister Amit Shah, who is currently on a two-day visit to the state, for the latter's earlier comment that one can be murdered if he goes to West Bengal. "I feel hurt when someone says that you might get killed in Bengal. The law and order situation in West Bengal is much better than other states. There is no reason to think that Bengal is weak. Here we move together with people of all religions," the Chief Minister said. --IANS

More cruise players to operate from TN after Cordelia
[Chennai: People on board of a newly inaugurated luxury cruise ship service from Chennai Port, Saturday, June 4, 2022. The State government had partne

The finest and rarest wines and spirits on auction
[Britain's Prince Edward and Sophie, Countess of Wessex cook omelettes with French chef Jean-Christophe Novelli during their visit to Bangor, Northern

In run up to World Environment Day, PETA India pitches for veganism

Bengaluru, June 4 : Ahead of World Environment Day on June 5, People for the Ethical Treatment of Animals (PETA) India is raising the pitch for veganism. The animal rights organisation has launc […]

Sangli: Mangled remains of a car after it collided with a truck on the Pune-Bangalore National Highway at Kasegaon village in Sangli, Saturday, June 4, 2022. ( /PTI […]