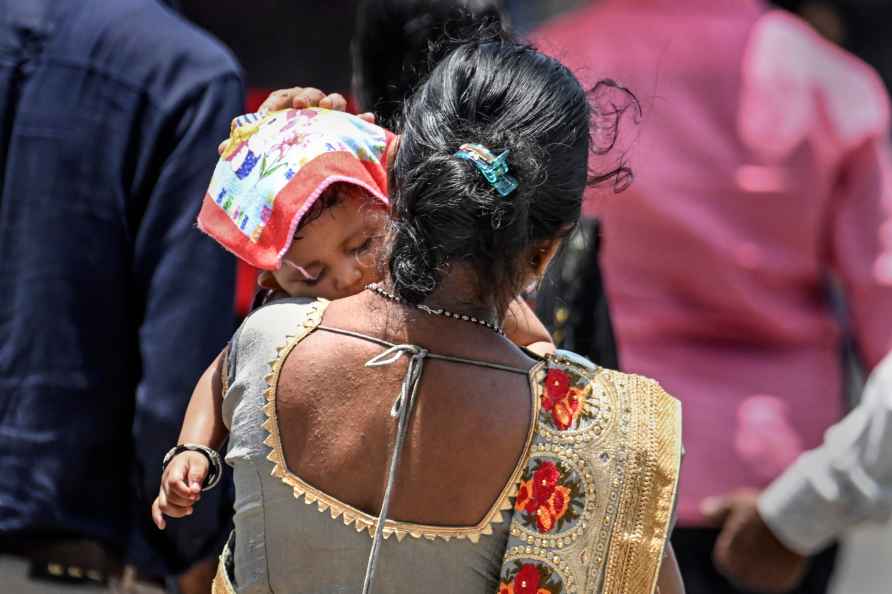 Mumbai: A woman covers the head of her child with a cloth to protect him from the scorching heat on a hot summer day in Mumbai, Monday, May 2, 2022. ( /PTI