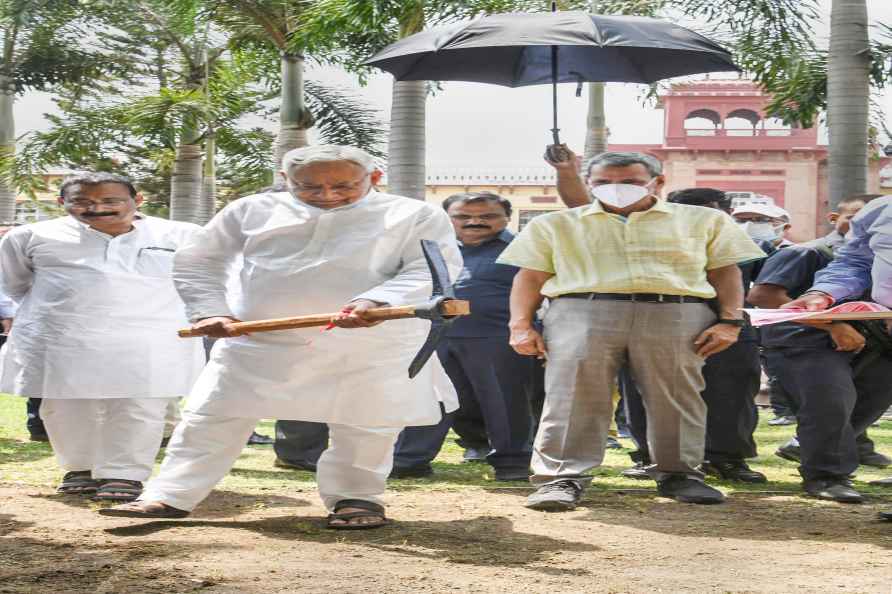 [Patna: Bihar Chief Minister Nitish Kumar during the launch of the archaeological excavation on the campus of Patna Museum, in Patna, Monday, May 2, 2022. ( /PTI] Patna, May 2 : Election strategist Prashant Kishor on Monday dropped a hint about what his next step will be. He said that after the experience of the last 10 years, the time has come to go to the 'real master', i.e., the public. Prashant Kishor, who hails from Bihar, has been an election strategist for different political parties including BJP, Congress, Janata Dal (United), Trinamool Congress (TMC) and others. Kishor said he will no longer make a strategy for others, but will start a new chapter in politics. PK, as he is widely known as, on Monday indicated that he would again meet the people of his home state Bihar. Prashant Kishor said in a tweet on Monday, "My quest to be a meaningful participant in democracy & help shape pro-people policy led to a 10 yr rollercoaster ride!As I turn the page, time to go to the Real Masters, THE PEOPLE, to better understand the issues & the path to jan suraj - Peoples Good Governance" His tweet came after he declined an offer from the Congress party to come on board as a member of a committee that would work on the 2024 general elections. On April 26, he tweeted: "I declined the generous offer of #congress to join the party as part of the EAG & take responsibility for the elections. "In my humble opinion, more than me the party needs leadership and collective will to fix the deep rooted structural problems through transformational reforms." Kishor arrived in Patna on Sunday and a day later he put up the tweet indicating a new political innings from Bihar. PK's brief political stint in Bihar began four years ago with Chief Minister Nitish Kumar's Janata Dal (United). Then he was made the National Vice President of the JD(U) but after 16 months he parted ways after differences. Sources told IANS that Prashant Kishor' is expected to travel widely in Bihar So far, he has not clarified anything about what will be the name of the party. But sources said that PK will soon launch his political party. According to sources, during his tour in Bihar, he will stay away from the ruling BJP-Janata Dal (United) alliance as he has avoided meeting Nitish Kumar. /IANS

FIH Women's World Cup: Competing against strong teams will help us, says defender Deep Grace Ekka
[People walk along The Mall in London, Wednesday, June 1, 2022, as they camp out ahead of the start of the Queen's Jubilee weekend. Britain will celeb

Los Angeles, June 1 : For the final day of Asian American and Pacific Islanders Heritage, K-pop supergroup BTS stopped by the White House on Tuesday to speak with US President Joe Biden about Asian in […]

New Delhi, June 1 : A controversy has broken out over claims that Pakistan Army chief General Qamar Javed Bajwa told a journalist that $9 billion out of total $19 billion initial Chinese investment in […]

Lucknow, June 1 : The Uttar Pradesh government has ordered a ban on the sale of liquor around the Ram Janambhoomi temple complex in Ayodhya. UP Excise Minister (independent charge) Nitin Agrawal […]