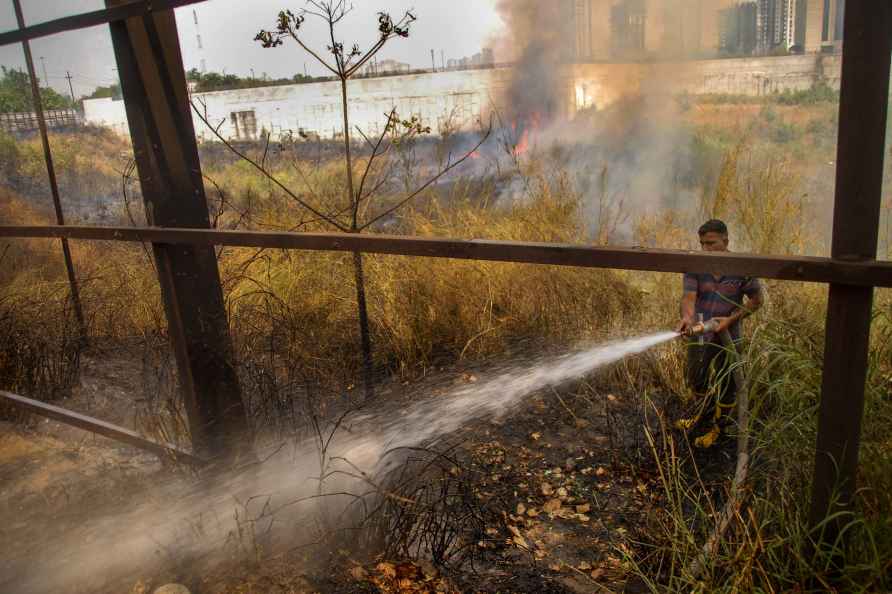 Noida: A firefighter tries to douse a fire, that broke out in a vacant plot near Supertech twin towers, at Sector 94 in Noida, Sunday, May 1, 2022. ( /PTI

Dhaka, June 1 : Bangladesh will conduct a week-long special campaign from June 4 to expedite the inoculation with Covid-19 booster doses. People aged 18 years and above, who have received their […]

Islamabad, June 1 : Pakistan's Anti Narcotics Force (ANF) has said its personnel have seized 3,749 kg drugs and arrested 82 people in May. The ANF said on Tuesday in a statement that 98 counter- […]

One killed, another injured in gang war in Patna

Nirendra Dev New Delhi, June 1 : The ball is in the court of the Government of India yet again. Rejecting the clamour for peace and an early solution from various quarters, including a section of N […]