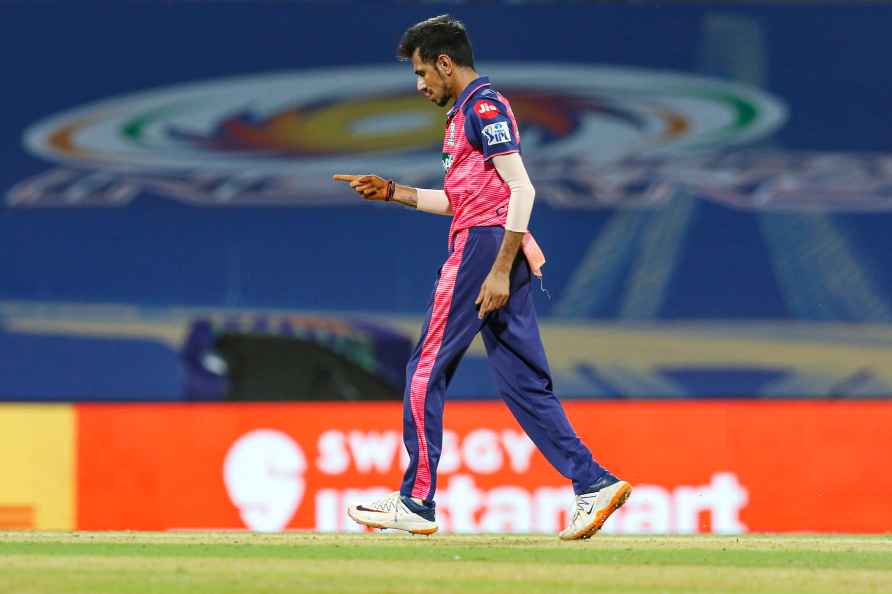 Navi Mumbai, April 30 : Former India head coach Ravi Shastri hailed Rajasthan Royals' Yuzvendra Chahal for his performance in IPL 2022, saying that the leg-spinner has turned the match on its head with pieces of brilliance. Chahal is currently the leading wicket-taker of the ongoing tournament with 18 wickets in eight matches at an average of 12.61 and an economy rate of 7.09. With second-placed Rajasthan set to face bottom-ranked Mumbai Indians at the D.Y Patil Stadium on Saturday evening, Chahal would look to increase his tally of wickets in the tournament. "He's the unsung hero so many times. (So many times) Chahal has turned the match on its head with some real brilliance. He bowls good variety. In very tough situations his job gets cut out not just to stop the flow of runs but also pick up wickets, and he does that," said Shastri on Cricket Live show on Star Sports. Former Australia cricketer and 2010 IPL winner Matthew Hayden appreciated Rajasthan skipper Sanju Samson for using a highly experienced bowling attack comprising Chahal, Ravichandran Ashwin, Trent Boult and Prasidh Krishna in the best way possible, especially when the toss has not gone often in their way. "What's impressed me the most about Sanju Samson is the way he's rotated his bowlers. I think their bowling group is second to none in this competition. Despite the coin toss not going in the favour of Sanju Samson (on so many occasions), his bowlers are accessing some fantastic areas and their lines and lengths (are brilliant) obviously. The real consistency with which Sanju Samson has been rotating his bowlers is brilliant." If Rajasthan extend their three-match winning streak with a victory over Mumbai, they will consolidate their position in the top two of the points table. /IANS

ENG v IND, 5th Test: No better person to take over after me than Rahul, says Ravi Shastri
Birmingham, July 3 : Former India head coach Ravi Shastri hailed his successor and former batter Rahul Dravid, saying that he is the best person to ta

IND v ENG, 5th Test: England still in game, but couple of hours of Pant will take game away, reckons Hussain
[India's Cheteshwar Pujara bats during the fourth day of the fifth cricket test match between England and India at Edgbaston in Birmingham, England, M

On another day one of those edges would have gone straight to a fielder: Anderson on Broad's expensive over
Edgbaston, July 3 : England pace bowler James Anderson has said that his compatriot Stuart Broad was "pretty unlucky" in that he leaked 35 runs in a o

Kiev, July 3 : The UK Ministry of Defence, in its latest intelligence update on the situation in Ukraine, has said that the Russian-backed officials "plan to hold a referendum on the Kherson region jo […]