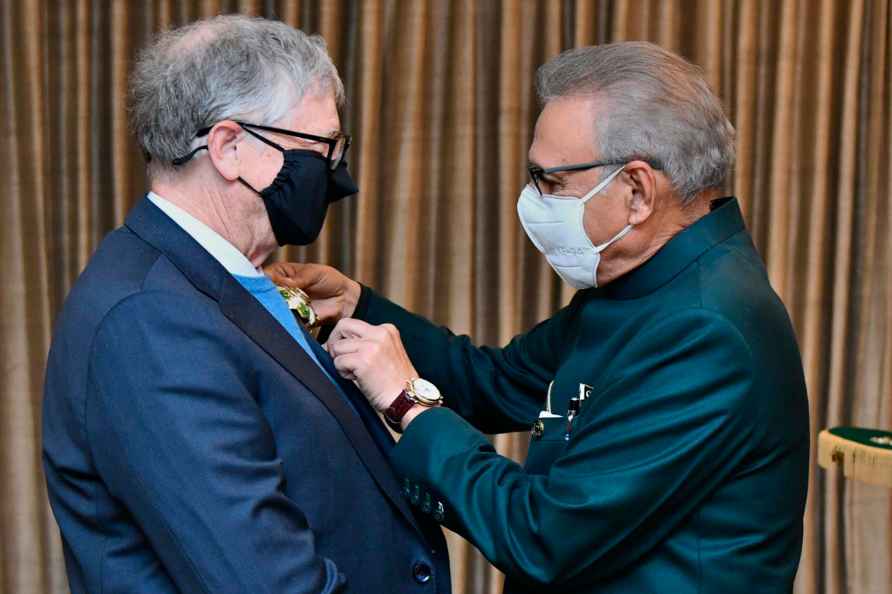 Islamabad, April 30 : Pakistan Chief of Army Staff (COAS) Gen Qamar Javed Bajwa and Microsoft co-founder and billionaire philanthropist Bill Gates discussed Islamabad's commitment to polio eradication and the Covid-19 situation in the country in a telephone call, the military's media affairs wing said. In a statement, the Inter-Services Public Relations (ISPR) said Gates appreciated the army for supporting the country's polio drive and ensuring proper reach and coverage, Dawn news reported. The army chief responded that polio eradication was a national cause, adding that "credit goes to all involved in the process". Gates also appreciated Pakistan's success in combating the pandemic despite resource constraints. For his part, Bajwa attributed it to a "true national response" executed through the National Command and Operation Centre (NCOC). The COAS appreciated Gates' efforts towards polio eradication and the Covid response and assured the philanthropist of continued cooperation, according to the statement. Earlier this year, Gates had visited Pakistan for the first time and held meetings with the then-prime minister, the president and other national and provincial leaders. He had also attended a luncheon and a ceremony to confer on him one of the country's highest civil awards. President Arif Alvi had conferred the Hilal-i-Pakistan on Gates in recognition of his philanthropic services for humanity, eradication of polio and betterment of the people of Pakistan. /IANS

Last body found at crash site of Nepal plane
Kathmandu, May 31 : The bodies of all the 22 people, including four Indians, who died in a plane crash in Nepal have been accounted for after the last

Pakistan declares high alert against monkeypox
Islamabad, May 30 : The Pakistan government on Monday issued special instructions to all national and provincial health authorities to remain on high

Nepal to lower threshold for foreign investments
Kathmandu, May 30 : The Nepal government announced that it would reduce by 60 per cent the minimum amount for foreigners to invest in the Himalayan na

St. John's (Antigua), May 31 : Former West Indies cricketer Ramnaresh Sarwan has resigned from his post of senior men's and youth selector due to personal reasons, less than five months after taking o […]

San Francisco, May 31 : Chips for chipmaking machines are one of the things in short supply amid chip shortage constraints, say executives from Intel and Apple chipmaker TSMC. According to 9To5M […]