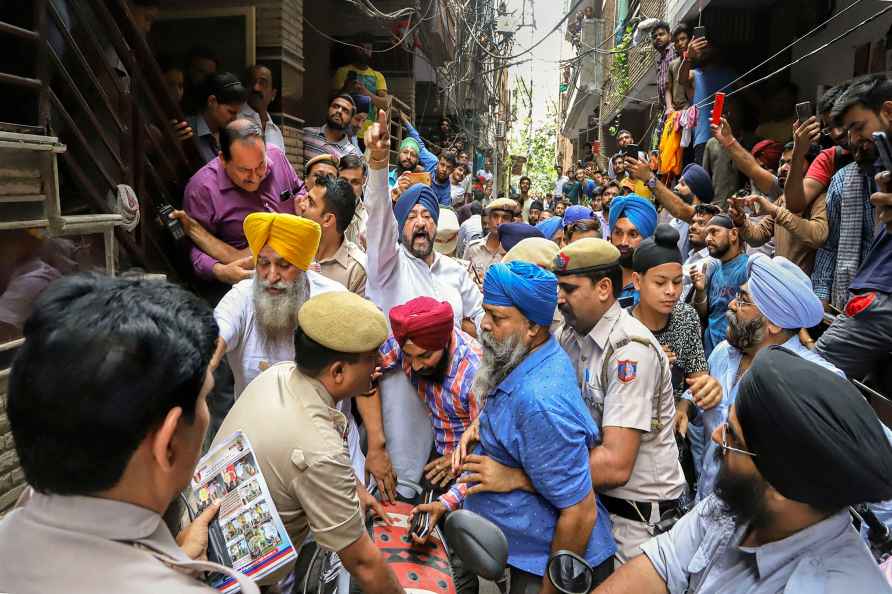 New Delhi, April 30 : A complaint has been lodged against Punjab Police officials for misbehaving with a journalist during a joint press conference of Delhi Chief Minister Arvind Kejriwal and his Punjab counterpart Bhagwant Mann at The Imperial here. A senior police official said that they were looking into the matter. The victim, Naresh Vats, who lodged the complaint at the Connaught Place Police Station, alleged that when he went to cover the press conference on April 26, he was stopped by security personnel at the entry gate. "I showed them my PIB (Press Information Bureau) card. But on the pretext of checking they took it and after few minutes they told me that I was not a reporter and will not allowed to enter the press conference room," Vats claimed. He further alleged that when he asked the Punjab Police what was the criteria to define a reporter, they allegedly misbeheaved with him. "One of them asked other cops to have me arrested. When I again opposed, they dragged me out of the room. In CCTV, it could be seen." He has now requested the two Chief Ministers to take action against the accused Punjab Police officials. /IANS

AIADMK demands DA hike for pensioners of TWAD board
Chennai, May 23 : AIADMK leader and former Chief Minister of Tamil Nadu, O. Panneerselvam said that snatching away existing concessions is the hallmar

Consumer courts can impose cost on parties on adjournments: Govt
New Delhi, May 20 : To ensure speedy redressal of consumer complaints, the Department of Consumer Affairs on Friday asked Registrars and Presidents of

Mumbai: BMC officials inspect the residence of Amravati MP Navneet Rana and her MLA husband Ravi Rana, at the Lavie building in Mumbai, Monday, May 30, 2022. Ranas have decided to regularise the unaut […]

Labourers at Burrabazer in Kolkata

Bengaluru: BKU Spokesperson and farmer leader Rakesh Tikait during an event, at Gandhi Bhavan in Bengaluru, Monday, May 30, 2022. Black ink was thrown at him by an unidentified person amid the event. […]

Tehran, May 30 : Twenty-nine people were killed and 38 others remain unaccounted for after a 10-storey commercial building collapsed in Iran's Abadan city, a top official said. While visiting th […]