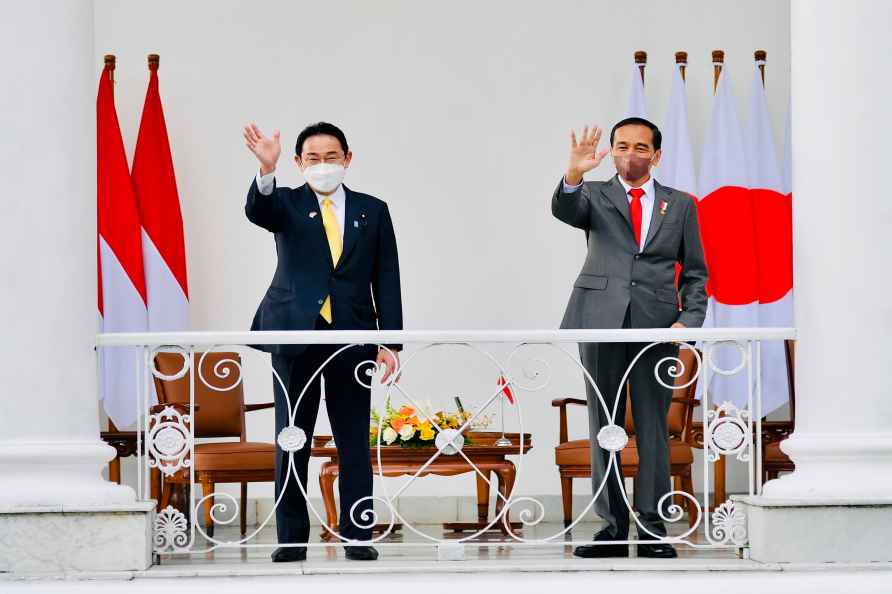 Liverpool trophy parade
Liverpool players celebrate with the FA Cup trophy on an open-top bus, during the trophy parade after winning the English Leage Cup and FA Cup, in Liv

Traffic jam in Ghaziabad
Ghaziabad: An uprooted tree slows traffic, after a dust storm in Ghaziabad, Sunday, May 29, 2022. ( /PTI

Jerusalem, May 30 : Israeli archaeologists have exposed a segment of the 2,000-year-old low-level aqueduct that supplied water to ancient Jerusalem, the Israel Antiquities Authority (IAA) said in a st […]

Ramallah, May 30 : The Palestinian presidency has rejected the remarks of Israeli Prime Minister Naftali Bennett, in which he said that "Jerusalem is a unified city". Palestinian Presidential Sp […]

Islamabad, May 30 : On the International Day of United Nations Peacekeepers, Pakistan reiterated its commitment to continuing working with the UN for advancing the shared ideals of peace, stability an […]

Patna, May 30 : In a surprising political move, the BJP on Sunday evening announced Shambhu Sharan Patel and Satish Chandra Dubey as the party candidates for the upcoming Rajya Sabha poll in Bihar. […]