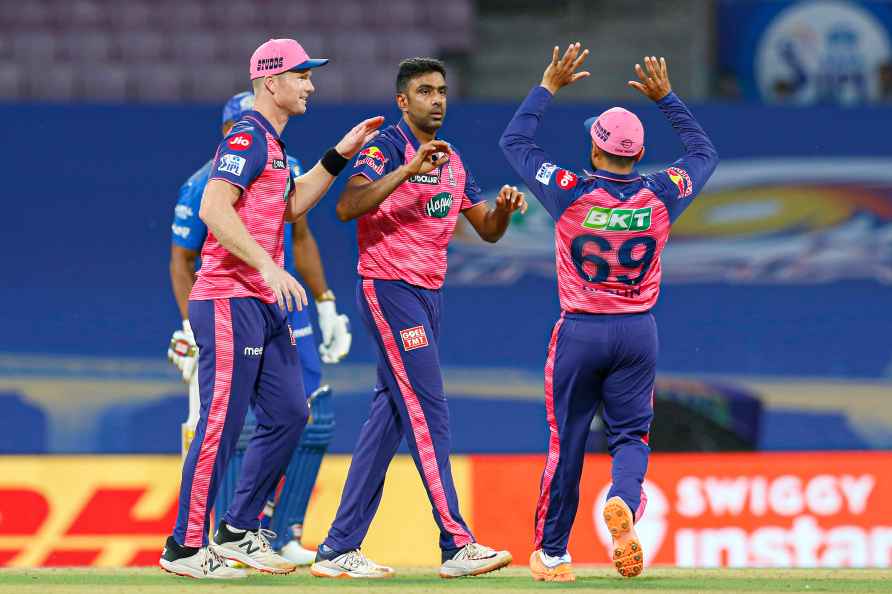 Mumbai, April 28 : Five-time Indian Premier League (IPL) champions Mumbai Indians have drafted left-arm spinner Kumar Kartikeya Singh as a replacement for the injured left-arm pacer Mohammed Arshad Khan for the remainder of IPL 2022, said an official release by the tournament on Thursday. Kumar Kartikeya, who represents Madhya Pradesh in domestic cricket, debuted in 2018 and has so far played nine First-class matches, 19 List A games and eight T20s, picking 35, 18 and nine wickets respectively. He had been with the Mumbai Indians squad in IPL 2022 as part of the support team and has now signed on to join the main squad as Khan sustained an injury and was ruled out for the rest of the tournament. As per a statement from the franchise, Kumar Kartikeya had been impressive in the Mumbai nets and his learning trajectory on improving and fine tuning his bowling skills have earned him the call up to the main squad. The left-arm spinner will now join Mumbai's main squad for the price of INR 20 Lakhs. Mumbai are virtually out of contention for making the playoffs of IPL 2022, losing eight out of eight matches, the first time it has happened in the history of IPL. The Rohit Sharma-led side will next face Rajasthan Royals on April 30 at the DY Patil Stadium in Navi Mumbai. /IANS

ENG v IND, 5th Test: No better person to take over after me than Rahul, says Ravi Shastri
Birmingham, July 3 : Former India head coach Ravi Shastri hailed his successor and former batter Rahul Dravid, saying that he is the best person to ta

IND v ENG, 5th Test: England still in game, but couple of hours of Pant will take game away, reckons Hussain
[India's Cheteshwar Pujara bats during the fourth day of the fifth cricket test match between England and India at Edgbaston in Birmingham, England, M

On another day one of those edges would have gone straight to a fielder: Anderson on Broad's expensive over
Edgbaston, July 3 : England pace bowler James Anderson has said that his compatriot Stuart Broad was "pretty unlucky" in that he leaked 35 runs in a o