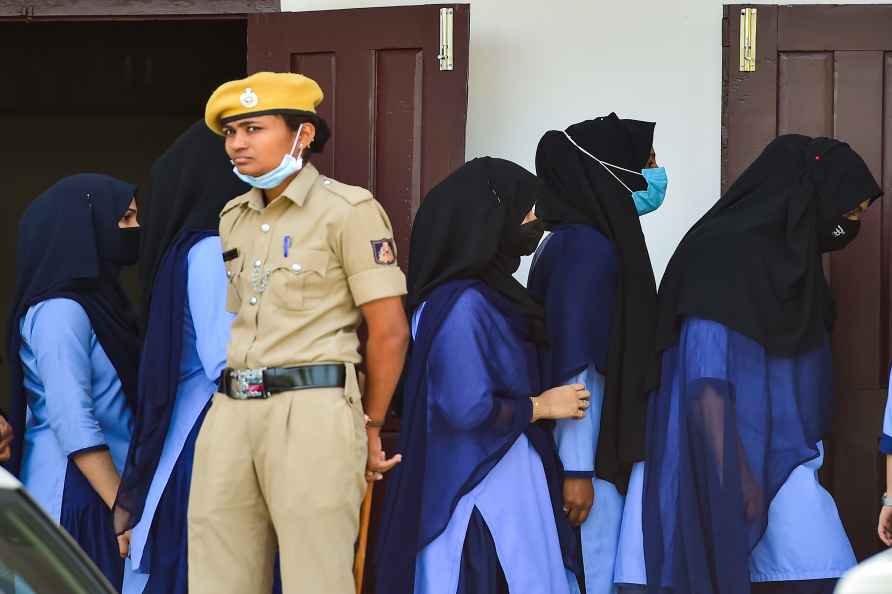 Udupi, (Karnataka) April 22 : Two hijab petitioners, who began the hijab protest which turned into a major crisis in the state and went on to become an international issue, were on Friday sent back for insisting to take their exams wearing hijab in Udupi district of Karnataka. Alia Assadi and Reshma, who came to give their II PUC (Class 12) exams, insisted that they be allowed to take their exams wearing hijab. The students refused to pay heed to the authorities at Vidyodaya PU College examination centre when they tried to convince them to remove their hijab and attend exams. Tehsildar Archana Bhat personally spoke to them and timing for entry to exam hall was extended to 10.30 a.m for them. However, Alia Assadi and Reshma insisted on writing the exams clad in hijab. When the authorities refused, both the students came out of the examination centre and boarded an auto back to their homes. They did not react to the media. The girls had not collected their hall tickets till Friday morning. Just before the examination, they collected their hall tickets and attempted to write the exam in hijab. Earlier, the Special Bench of the Karnataka High Court had dismissed their petitions seeking permission to wear hijab and attend classes. It also mentioned that wearing of hijab is not an essential part of Islam. Following the order, the Karnataka government has banned hijab in classrooms and announced that hijab-clad students and teachers will not be allowed inside the examination centres. More than 6.84 lakh students are taking up II PUC examinations which will be held from April 22 to May 18 in the state. /IANS

Iuquan, June 22 : China on Wednesday sent a new satellite into space from the Jiuquan Satellite Launch Center in northwest China. The Tianxing-1 test satellite was launched by a Kuaizhou-1A carr […]

S.Jaishankar at CHOGM in Rwanda