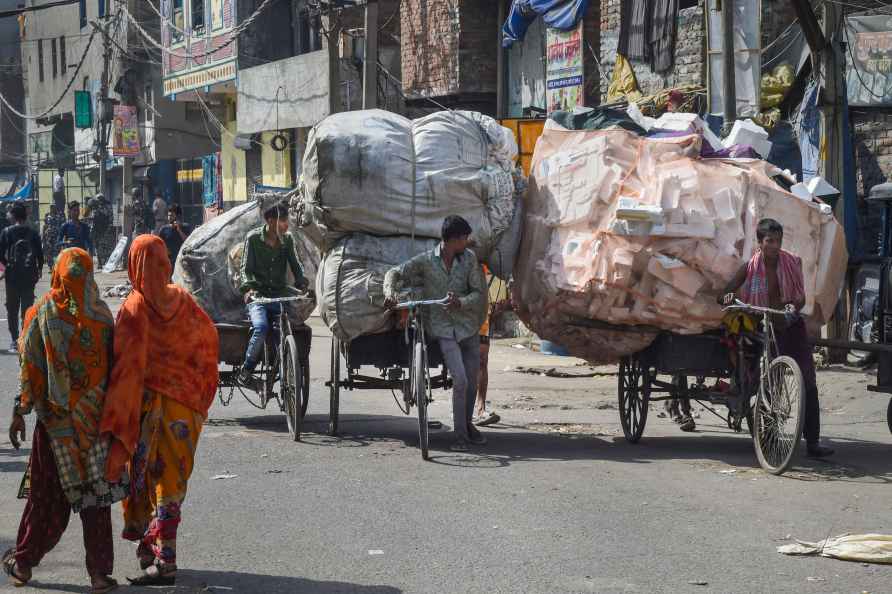 New Delhi, April 20 : Senior advocate Dushyant Dave on Wednesday again mentioned the Jahangirpuri demolition matter before a bench headed by Chief Justice N.V. Ramana, saying despite the top court's order, the municipal corporation has not stopped the demolition drive. Dave said the top court order in the morning ordered status quo on the demolition, yet the municipal corporation did not stop the demolition drive at Jahangirpuri. He urged the top court to ask the secretary general to communicate the court's order to the North Delhi Municipal Corporation (NDMC), Mayor NDMC, and Commissioner of Delhi Police. "Once it's widely reported in the media, this is not appropriate...," said Dave. The Chief Justice asked the registry to communicate the court's status quo order on the demolition drive to the respondents in the matter -- NDMC, may and Delhi Police commissioner -- mentioned by Dave. Dave said despite the world knowing that the top court has stopped demolition, they are not stopping. "This sends the wrong message..", he added. Delhi's Jahangirpuri area witnessed stone-throwing and clashes during the Hanuman Jayanti procession. Earlier in the day, the Supreme Court ordered status quo on the demolition drive being carried out by the municipal corporation against the alleged encroachers in the Jahangirpuri area, where communal clashes broke out on Hanuman Jayanti. Dave mentioned the matter before a bench headed by Chief Justice and comprising Justices Krishna Murari and Hima Kohli. Dave said there is something serious that requires the top court's immediate intervention. "Completely unauthorised and unconstitutional demolition has been ordered in the Jahangirpuri area...with no notice to anybody," said Dave. He further submitted that the authorities were supposed to give at least five-six days' notice to the people. Dave said it was supposed to start at 2 p.m. but they started the demolition at 9 a.m. knowing that the matter will be mentioned before the court. The Chief Justice directed status quo on the demolition drive and agreed to list the matter for hearing on Thursday before an appropriate bench. Senior advocate Kapil Sibal also mentioned a plea filed by Jamiat Ulama-I-Hind questioning validity of demolition launched after riots in several BJP-ruled states, including Madhya Pradesh's Khargone. The bench agreed to list it with the Jahangirpuri matter on Thursday. "A number of ministers and legislators, including the Chief Minister and the Home Minister of the state of Madhya Pradesh, have made statements advocating such acts and especially threatened the minority groups with destruction of their homes and commercial properties in case of riots. Resorting to such measures/ actions is clearly against our constitutional ethos and the criminal justice system, as also in violation of the rights of accused persons", said the plea by Jamiat Ulama-I-Hind. /IANS